Special CBI court has asked to produce Mukerjea, who has sustained bruise marks in the assault, to court on Wednesday. 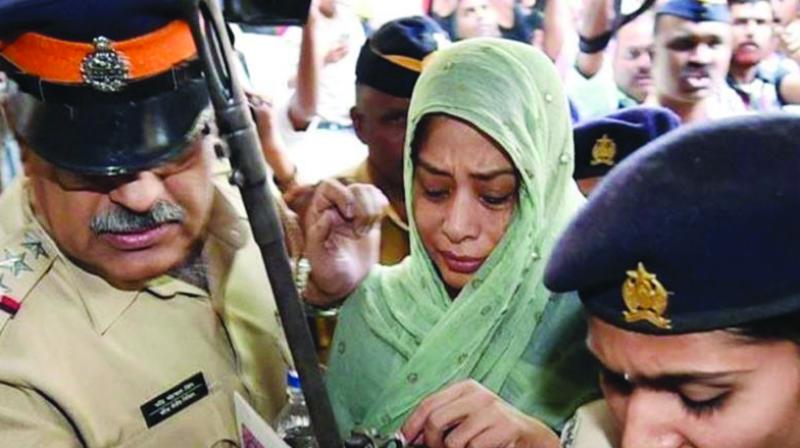 New Delhi/Mumbai: Indrani Mukerjea's lawyer on Tuesday filed an application in the Special Central Bureau of Investigation (CBI) Court, Mumbai saying that she was assaulted by Byculla jail authorities, with bruise marks all over her body.

The special court has ordered to produce Mukerjea on Wednesday to look into the matter.

Mukerjea, prime accused in the sensational Sheena Bora murder case also said that she willing to testify before a court about the death of a fellow woman prisoner that led to a riot on Saturday morning at the Byculla jail.

According to reports, Byculla jail authorities beat up 45-year-old Manju Shette brutally after she complained about two eggs and five pieces of paav (bread) missing from the morning ration. The First Information Report (FIR) was filed by police on the basis of an eyewitness account.

According to the eyewitness, Shette was called in by the jail officer to a private room following which her screams of pain were heard. The witness also added that four of the women police officials stripped Shette naked, held her legs apart and inserted the lathi into her private parts.

Following Shette’s death nearly 200 inmates including Mukerjea protested. Some of them went up to the prison’s roof while some others made a bonfire of newspapers inside the premises to express their anger, a police official said.

A case was registered on Sunday against Mukerjea and others for rioting, unlawful assembly, assault on public servant and other relevant sections under the Indian Penal Code, a police official said.