India   All India  27 Jun 2017  Modi keeps alive Indian culture in his gifts to the Trump family
India, All India

Narendra Modi was given a red carpet welcome at the White House in Washinton on Tuesday. 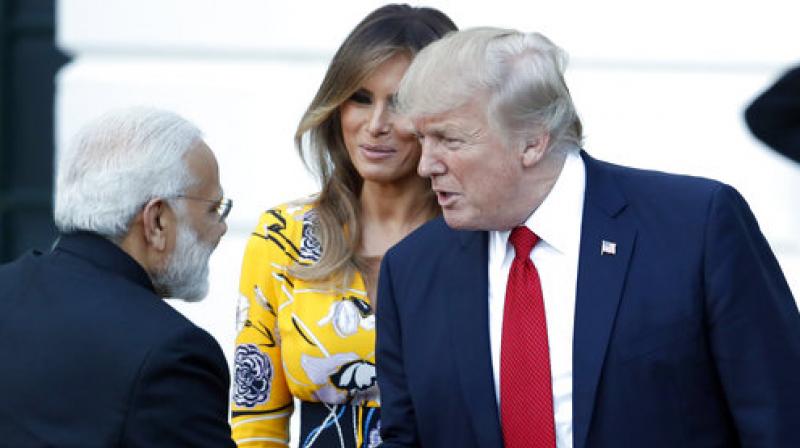 New Delhi: Embarking on his 3-nation tour with the second destination being US, Narendra Modi was given a red carpet welcome at the White House in Washington on Tuesday.

"The stamp honoured the memory of a great American President and the symbolized closeness of ideals" of Lincoln and Mahatma Gandhi, the Prime Minister's Office wrote on Twitter.

Both President Lincoln and Mahatma Gandhi led from the front, with indomitable courage against the forces of reaction and outmoded beliefs. pic.twitter.com/XaPZTdangT

Capturing the essence of India and keeping the tradition alive while choosing gifts for world leaders, Modi presented First Lady Melania Trump a hamper which included a traditional, handcrafted Himachali silver bracelet, tea and honey from Kangra and hand-woven shawls from Jammu and Kashmir and Himachal Pradesh. 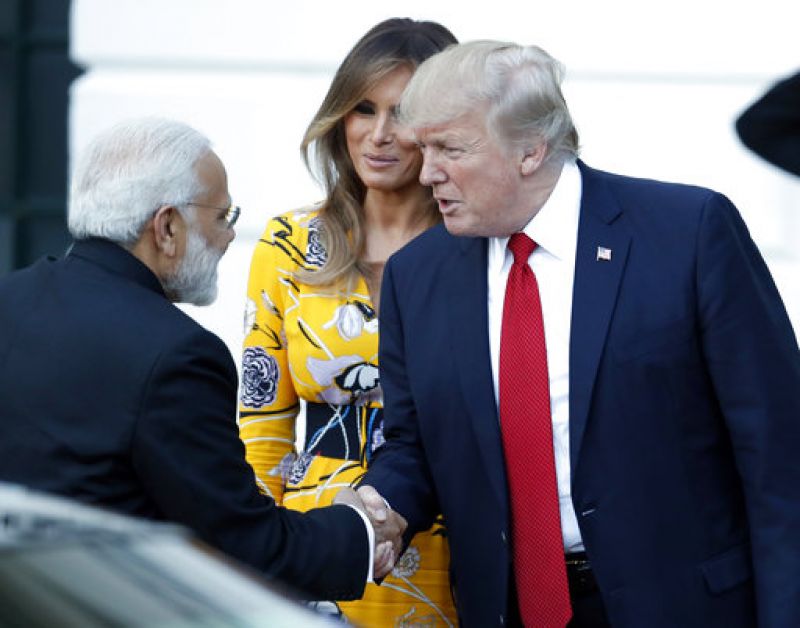 Meanwhile, Modi was given an extensive tour of the White House by Trump himself where he was also led into the Lincoln bedroom and further shown a copy of President Lincoln's famous Gettysburg address and the desk on which he wrote it.

Modi also extended an invite to Ivanka Trump, daughter and adviser to US President Donald Trump, to come to India to lead the US delegation of entrepreneurs. Ivanka Trump is an Amercian businesswoman and former fashion model.

"I have invited her (Ivanka Trump) to lead the US delegation for global entrepreneurship forum," Modi said while jointly addressing the media with President Trump. "...And I believe she has accepted," President Trump replied.