Club authorities issued a formal apology letter calling the incident unfortunate and indicating that disciplinary action was being taken. 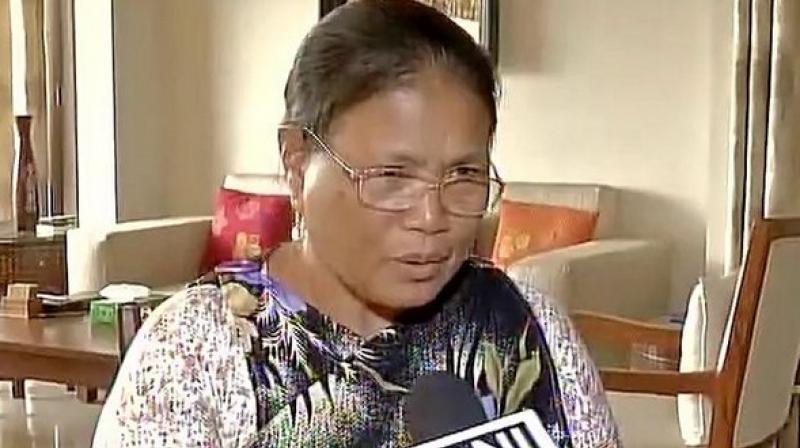 New Delhi: In a shocking incident, an elderly woman from Meghalaya, Tailin Lyngdoh, was allegedly asked to leave the Delhi Golf Club on Sunday, as she was wearing a traditional Khasi dress and resembled a maid.

Lyngdoh said, "They told me to leave the dining hall as maids were not allowed. They were very rude. I felt ashamed and angry. I was wearing a traditional Khasi dress called Jainsem, they told me this dress was not allowed. They also told me that I look like a Nepali. I have been to many other countries, but this has never happened to me. Surprised to know that this has happened here in Delhi!”

Club authorities on Tuesday issued a formal apology letter describing the incident as unfortunate and indicating that disciplinary action was being taken against the concerned staff.

The apology letter read; "The management has immediately investigated the incident and it has emerged that this matter could have been handled in a much better way by the staff members. It was also confirmed that the guests were not asked to leave the club premises. The following actions have been taken:

- An apology has been made to the members who invited the guest. This has been unconditionally accepted.

- Explanation of the staff was sought and disciplinary action is in process.

The Delhi Golf Club further stated, "It is unfortunate and regrettable that an undesirable attempt is being made to give this incident a political and cultural over turn".

Lyngdoh is a Governess to Health Advisor in Assam government, Dr Nivedita Barthakur who was also invited for lunch at the Delhi Golf Club by a member.

Barthakur further stated that even after she explained to them that Lyngdoh is from Meghalaya and is wearing her traditional dress called- Jainsem, they still objected to it.

"This incident happened on June 25 Sunday; nine members were invited for lunch, including my governess by a long standing member of the Delhi Golf Club. Lyngdoh was also invited in her own right. When we reached there and sat at the table for about 10 to 15 minutes, this gentleman, who is a manager I believe, and a lady walked over to Lyngdoh and told her to leave the table. When Lyngdoh objected and asked why- the manager said because you look like a 'maid'. When we all interjected and asked them the reason, they repeatedly said because she looks like one and her attire too speaks of it. I explained to them that she is from Meghalaya and is wearing her traditional attire called- Jainsem, they still objected on it. We all were shocked, sad and had to leave the place," Barthakur said.

Barthakur further added that Lyngdoh has travelled to London and UAE earlier wearing the Jainsem, but never faced any trouble there. People in London and Abu Dhabi appreciated the jainsem. But in India, she was told to leave Delhi Golf Club as they didn't know our culture or tradition.

Responding to the Delhi Golf Club's eviction of a woman from the north east for allegedly not adhering to prescribed attire, women activists on Tuesday condemned the club for making the north eastern community feel like 'foreigners' in their own country.

Woman activist Subhashini Ali said, "Such inhuman practices existed only in the colonial times, where we saw boards barring 'Indians and dogs'. It is shameful to know that such mentality continues to exist in well-know clubs. The woman was wearing her traditional dress and there was no need to insult her. This way, north-eastern people are being made to feel like foreigners in their own country and this is very dangerous."

Another activist Nirmala Samant said, "The National Commission for Women (NCW) should take up the matter for enquiry and send a notice to the Delhi Golf Club. It is disgusting to insult someone on their attire and this shows the sick mindset of the people."