Some GJM activists demonstrated bare-chested and broke tube lights on their backs leading to injuries. 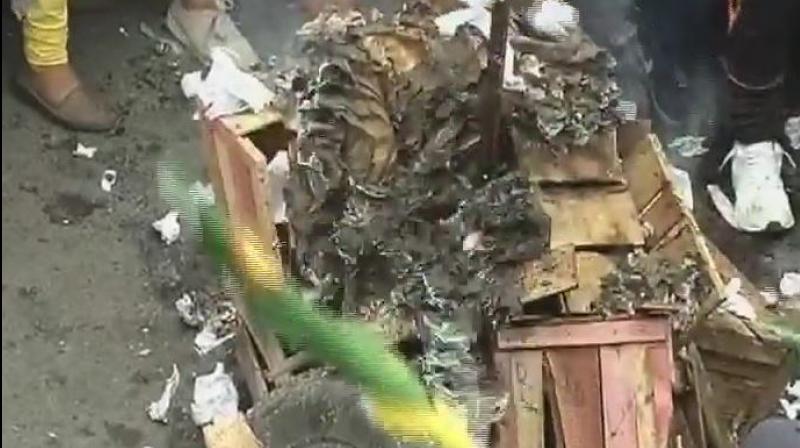 Darjeeling: Intensifying their agitation for Gorkhaland, Gorkha Janmukti Morcha (GJM) activists on Tuesday held demonstrations and burnt copies of the Gorkha Territorial Administration (GTA) accord in the hills on the 13th day of the indefinite shutdown.

Some GJM activists were seen participating in the demonstration bare-chested and broke tube lights on their backs leading to injuries.

Hundreds of GJM supporters burnt copies of the GTA accord at Chowkbazar as the security forces kept a strict vigil.

GJM sources said that now there is no entity of GTA in the hills.

"We don't want GTA. We want Gorkhaland. We will continue our agitation for a separate state. We will not participate in election to GTA," a GJM leader said.

"By burning the GTA accord we ended relations with the state government," he said.

All the 45 elected members of GTA who belonged to GJM had resigned last week.

The Centre, the state government and GJM had signed the GTA in 2011.

GTA had three hill subdivisions Darjeeling, Kurseong and Mirik and some areas of Siliguri subdivision of Darjeeling district and the whole of Kalimpong district under its authority.