if the situation remains the same during next year, the mandal will take a decision again, said the chairman of the mandal. 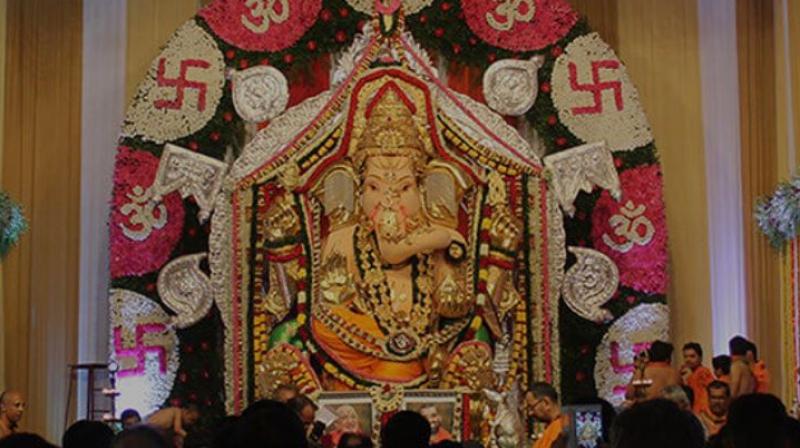 Mumbai: In the wake of the coronavirus outbreak, the Gaud Saraswat Brahmins (GSB) Ganeshotsav Samiti, the richest Ganpati Mandal in Mumbai, has postponed the ‘Magh Shudh Chaturthi’ celebration to February next year. Whereas, if the situation remains the same during next year, the mandal will take a decision again, said the chairman of the mandal.

The statement released by the mandal read, “The decision has been taken under the directions of ‘His Holiness Vidhyadhiraj Swamiji’ of Gokarn Partagali Jeevottam Muth in Goa.”

“We have taken this decision for the safety of people. If the situation remains the same during February, we will not hesitate to postpone the celebration further,” said Mukund Kamat, the trustee secretary. He added that during ten days of festival, nearly 1.5 lakh devotees visit the GSB mandal. With the guidelines that are in place, we know it will be difficult to manage the crowds, said Kamat.

The Wadala-based GSB Ganeshotsav Samiti, which has been organising the celebrations for the last 65 years, is one of the richest and most famous mandals in the city.

Narendra Dahibavkar, a member of the Brihanmumbai Sarvajanik Ganeshotsav Samanvay Samiti (BSGSS), the umbrella body of Ganpati mandals in the city, said, "We are waiting for the state government’s decision on the same."

Dahibavkar also said that they haven’t heard of any other Ganpati mandal postponing or cancelling celebrations as of now.