BJP won 28 out of 29 seats in MP, leaving Congress to bag the lone seat of Chhindwara. 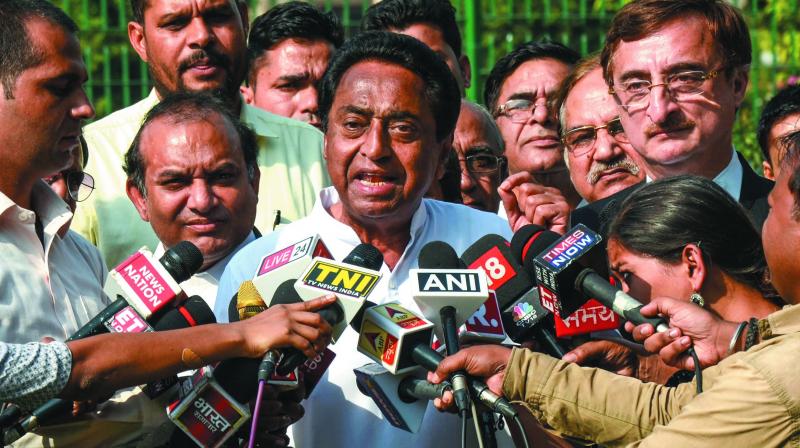 Reacting to reports that Mr Gandhi was upset with some senior Congress leaders for pushing for tickets for their sons and putting their wards’ interests ahead of the party, Mr Nath said, “I never asked (for ticket for his son)”.

He, however, refused to say anything further on the issue. Mr Nath’s son Nakul contested from Chhindwara LS constituency in MP as a Congress candidate and won the elections by defeating his nearest BJP rival by a margin of over 38,000 votes.

Mr Nath also ruled out possibility of stepping down from the post of chief minister in the wake of severe drubbing suffered by ruling Congress at the hand of BJP in the Lok Sabha elections in Madhya Pradesh.

BJP won 28 out of 29 seats in MP, leaving Congress to bag the lone seat of Chhindwara.

“Why should I quit? What is the provocation (for his resignation)? There is no need for it,” he said.

Mr Nath also dismissed the reports that he had offered to resign from the post of MP Pradesh Congress Committee (PCC) president in the wake of dismal show of the party in the LS polls in the state, clarifying that he wanted to be relieved of the charge of the party post after he became chief minister.

“But, I have not made any such offer (post- LS poll results),” he added.

Interestingly, several ministers in the Kamal Nath cabinet such as Jitu Patwari and Imarti Devi on Sunday openly demanded to replace Mr Nath in the PCC chief post with Jyotiraditya Scindia who has lost LS polls from Guna.