India   All India  27 May 2018  Political parties out of the purview of RTI: Election Commission
India, All India

Political parties out of the purview of RTI: Election Commission

Vihar Dhurve had sought to know through RTI the details of donations collected by national parties through newly introduced electoral bonds. 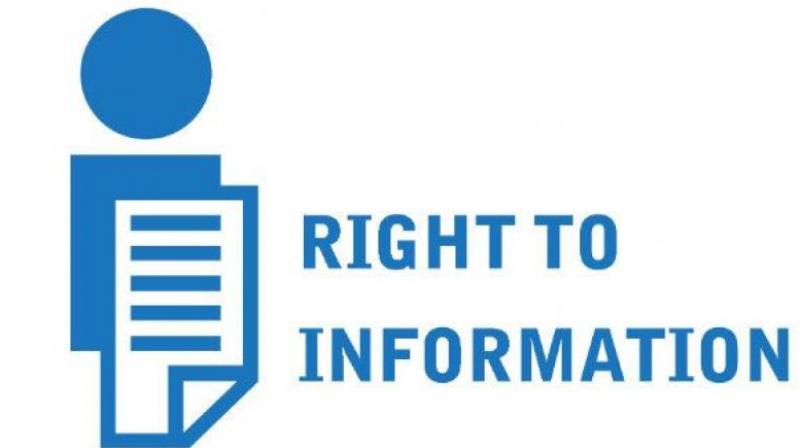 The poll panel statement, which may prove to be controversial, came while deciding the appeal of an RTI applicant seeking to know donations collected by six national parties who were brought under the ambit of the transparency law by the CIC in June 2013. (Photo: Representational | File)

New Delhi: Political parties are out of the purview of the RTI Act, the Election Commission has said in an order which is contrary to the Central Information Commission’s directive bringing six national parties under the transparency law.

The poll panel statement, which may prove to be controversial, came while deciding the appeal of an RTI applicant seeking to know donations collected by six national parties who were brought under the ambit of the transparency law by the CIC in June 2013.

“Requisite information is not available in the Commission. This is related to political parties and they are out of purview of the RTI. They may submit information of donation/amount collected through electoral bonds in their contribution report for the financial year 2017-18 in the ECI for which the due date is September 30, 2018,” the appeal order citing comment of the Central Public Information Officer has said.

Pune-based Vihar Dhurve had sought to know through RTI the details of donations collected by the six national parties — BJP, Congress, BSP, NCP, CPI and CPI(M) — and the Samajwadi Party through newly introduced electoral bonds.

The First Appellate Authority in the Election Commission, KF Wilfred, the senior principal secretary in the poll panel, wrote in the order that he agrees with the view taken by the CPIO.

Six out of the seven political parties — the BJP, Congress, BSP, NCP, CPI and CPI(M) — for which information was sought by the applicant were brought under the ambit of the RTI Act by a full bench of the commission on June 3, 2013.

The order has not been challenged in the higher courts but the political parties have refused to entertain the RTI applications directed at them. Several activists have approached the Supreme Court on the grounds of non-compliance of the CIC order and the matter is pending.

When it comes to the RTI Act, the Central Information Commission is the only appellate authority which may declare a body as public authority if it is convinced that the organisation fits into the criteria for being under the Right to Information Act.

Venkatesh Nayak, a noted activist on RTI matters, said the public information officer of the election commission has exceeded his limits in giving this order.

He added that all the information about state and national parties fall under the RTI Act which is held by the Election Commission of India and the CPIO is bound to make disclosure about them rather than taking position that these political parties are out of purview of the RTI Act.

When contacted over phone about the controversial statement in the order, Wilfred said he meant that not all political parties are covered under the RTI Act.

But when asked that the RTI appeal pertained to the six political parties which are under the RTI Act, as per the CIC order, he did not give any explanation except to say that the DoPT has issued an order that when an RTI plea pertains to multiple public authorities, it is not compulsory to transfer the question to them.

However, the order signed by him does not mention this.

He had, however, transferred a question related to meeting held with political parties on the issue of electoral bonds to the finance ministry.