India   All India  27 Apr 2019  School in Manipur burnt down after it takes disciplinary action against students
India, All India

A school in Sugnu of Manipur's Kakching district was burnt down a few days after school authorities suspended six of its students. 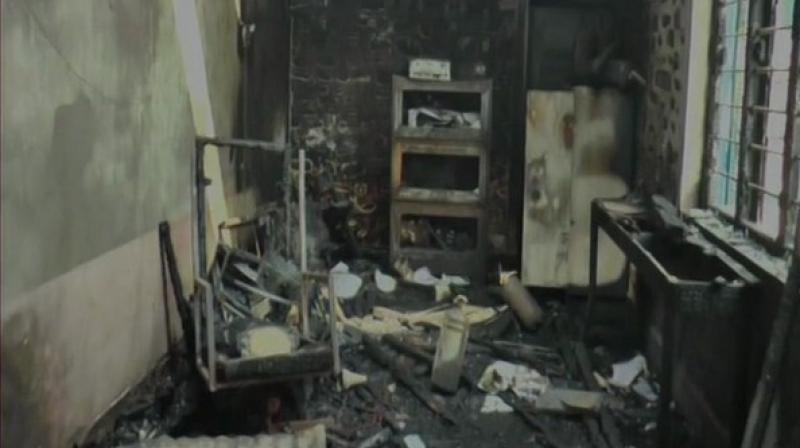 The Principal said that school authorities had initiated disciplinary action on six students a week ago but were allowed to attend classes. (Photo:ANI)

Kakching:  A Christian missionary school in Sugnu of Manipur's Kakching district was burnt down on April 25 night, a few days after school authorities suspended six of its students for indiscipline.

"A total of 10 rooms have been destroyed, two of them had important documents, files and equipment," school Principal Rev Fr Dominic said while speaking to ANI.

The Principal said that school authorities had initiated disciplinary action on six students a week ago but were allowed to attend classes.

"We have been discussing that the cause of the burning down could be a negotiation with a local student organisation as they did not like the correctional measure we had taken against some students. They wanted the punishment quashed," he said.

The Principal said one of the reprimanded students took to social media to allegedly post abusive content about the school and the class teacher.

Meanwhile, Manipur Minister Letpao Haokip said: "This is an act of extremists. A students organisation is burning down a school. I condemn the act. Whoever is involved in this act will be booked and punished. I will help in the reconstruction of school so that students do not lose an academic year."

Police have been informed about the incident and a case has been registered.