Chauhan, who hails from Ratlam in Madhya Prtadesh, got married only in March. He is survived by his mother and wife. 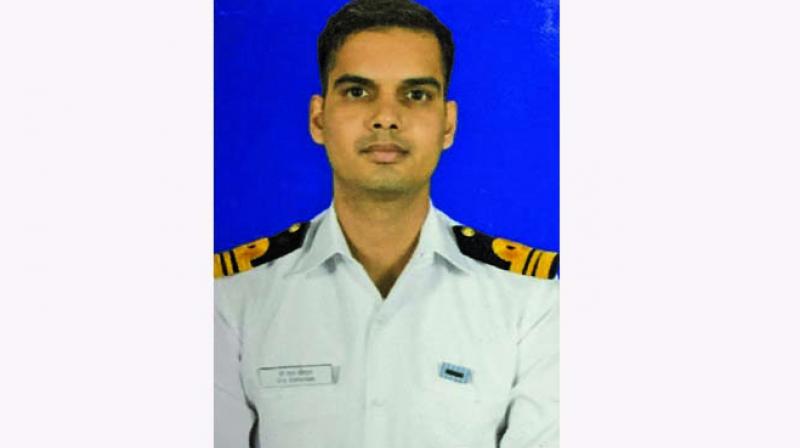 New Delhi: A 30-year-old Indian Navy officer died Friday while “bravely” fighting a fire onboard aircraft carrier INS Vikramaditya when it was entering the harbour in Karwar in Karnataka.

Chauhan, who hails from Ratlam in Madhya Prtadesh, got married only in March. He is survived by his mother and wife.

“We salute his courage and sense of duty and will make every effort to ensure that his supreme sacrifice does not go in vain. We shall be with his family forever and at all times,” Navy Chief Admiral Sunil Lanba said in his condolence message.

In a statement, the Navy said the fire was reported onboard INS Vikramaditya on Friday morning when the ship was entering the harbour in Karwar.

“The fire was brought under control by the ship’s crew in a swift action preventing any serious damage affecting the ship’s combat capability,” it said.

A board of inquiry has been ordered to investigate the incident.

Navy Spokesperson Capt D.K. Sharma said Chauhan laid down his life fighting the fire in a machinery compartment. “His daring effort prevented the fire from spreading and causing major damage to the combat capability of the carrier.” Navy officials said Chauhan was known as a very brave officer and his sense of duty was exemplary.

“Lt Cdr D.S. Chauhan bravely led the fire fighting efforts in the affected compartment and while the fire was brought under control, the officer suffered loss of consciousness owing to smoke and fumes,” the Navy said.

Lt Cdr Chauhan was immediately evacuated to a naval hospital at Karwar, but he could not be revived, it said.

INS Vikramaditya was commissioned into the Indian Navy in November 2013 at Severodvinsk in Russia.

The Russian-origin ship is often called a floating airfield. The 44,500 tonne is about 284-m-long and its height is around 60 m, which is like a 20 storeyed building from keel to the highest point.