Server was down since around 3 am due to which airline is unable to issue boarding passes to passengers at airports. 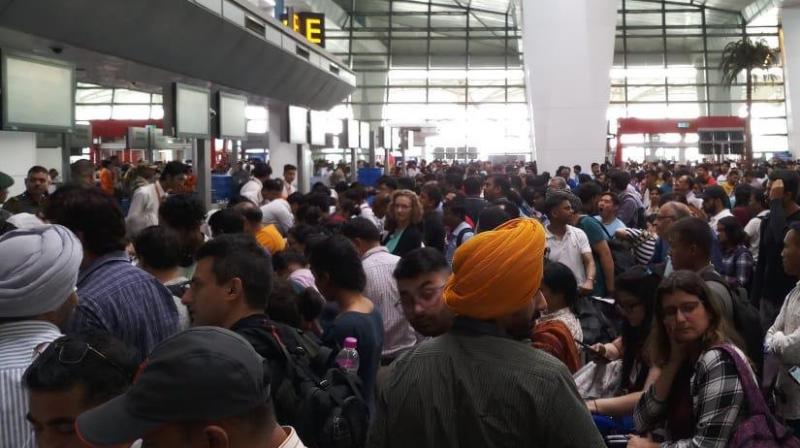 Many passengers complained on social media about being stranded at airports. (Photo: ANI | Twitter)

Air India's software solution is managed by SITA, a global airlines IT services major, which provides its check-in, boarding and baggage tracking technology.

According to an Air India official, the server was down since around 3 am Saturday morning due to which the airline is unable to issue boarding passes to passengers at airports across the world.

Many passengers complained on social media about being stranded at airports. A similar incident took place on June 23 last year when a technical glitch in the airline's check-in software delayed 25 of its flights across India.