New Delhi is understood to be keeping a close watch on Chinese economic activities in the island nation. 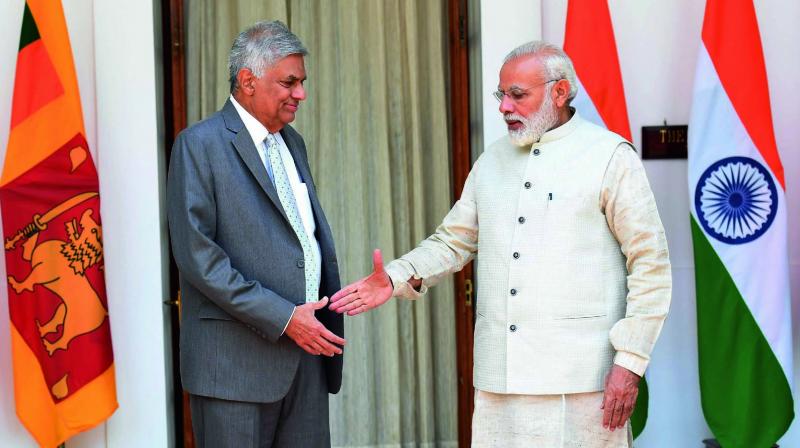 New Delhi: Visiting Sri Lankan Prime Minister Ranil Wickremesinghe met Prime Minister Narendra Modi on Wednesday, with the two leaders welcoming “the signing of the memorandum of understanding for cooperation in economic projects”, which outlines the agenda for bilateral economic cooperation in the foreseeable future.

Mr Modi is set to visit Sri Lanka shortly, with speculation being rife that the two countries will ink an agreement for Indian assistance in developing Trincomalee port in the eastern part of the island nation.

New Delhi is understood to be keeping a close watch on Chinese economic activities in the island nation, with Sri Lanka attempting to strike a balance in its ties with the two Asian giants.

During the talks, India also “requested continued cooperation of the government of Sri Lanka for humanitarian treatment of Indian fishermen, without resorting to force under any circumstances”.

“The Prime Minister of Sri Lanka reiterated the invitation to the Prime Minister for a visit to Sri Lanka on the coming Vesak Day (of the Buddhist calendar). Details in this regard are being discussed and finalised between the two governments,” the MEA said.

In a statement, the MEA said, “The leaders welcomed the signing of the MoU… Both sides expressed their commitment to ensuring agenda is implemented.”