India   All India  27 Apr 2017  EVMs used in Vikasnagar polls to be taken into judicial custody: U'khand HC
India, All India

EVMs used in Vikasnagar polls to be taken into judicial custody: U'khand HC

The ruling was passed in response to a petition filed by a Congress leader who alleged EVM tampering. 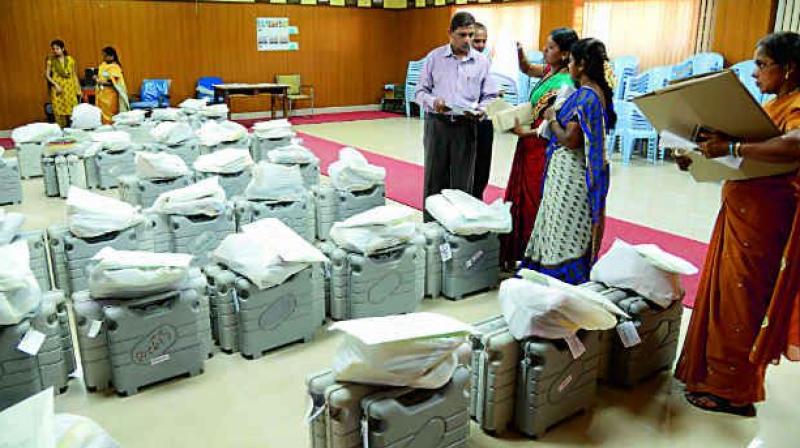 The action was taken upon a plea filed by Congress Vikasnagar runner-up candidate Navprabhat on alleged tampering of electronic voting machines (EVMs).

The High Court has asked the authorities to preserve the EVMs and has also sought a response on the same within six weeks.

Chauhan had defeated the Congress candidate, Navprabhat, by over 6,000 votes in the elections held in February 2017.

The EVMs are under scanner after the opposition parties have alleged that the BJP had tampered the machines to ensure favorable results.