CM Pramod Sawant recommended the sacking of Dhavalikar from the cabinet, which was accepted by Governor Mridula Sinha. 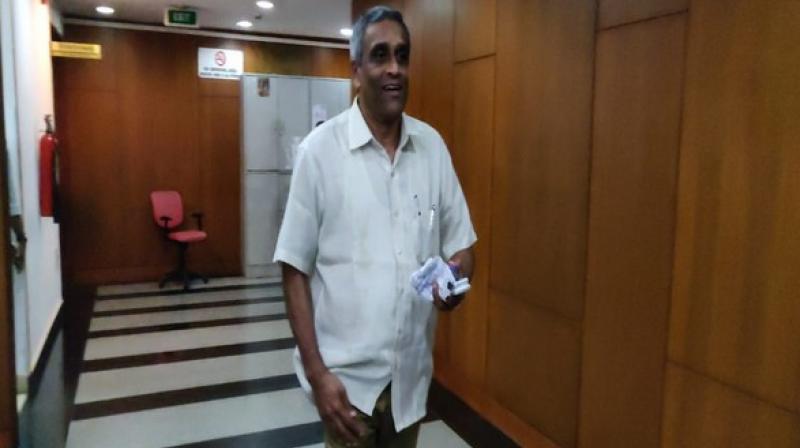 Soon after being dropped from the cabinet, Dhavalikar said that 'splitting MGP at midnight is the biggest dacoity done by Chowkidars'. (Photo: ANI)

Panaji: Maharashtrawadi Gomantak Party (MGP) MLA and Deputy Chief Minister Sudin Dhavalikar was dropped from the Goa cabinet on Wednesday, about a week after being sworn-in to the post.

Chief Minister Pramod Sawant recommended the sacking of Dhavalikar from the cabinet, which was accepted by Governor Mridula Sinha.

Soon after being dropped from the cabinet, Dhavalikar said that “splitting MGP at midnight is the biggest dacoity done by Chowkidars”.

“I will not respond to any questions, but what I have in my mind I will speak. Today I am free. MGP is a party of the people. At night, the chowkidars have committed dacoity on MGP which has shocked the people of Goa. People of Goa are watching this and they will decide on the course of action,” he said.

The support of the MGP was crucial for the stability of BJP-led dispensation in Goa.

The merger of the two-member legislative unit into the BJP brings the saffron party on par with the Congress with 14 seats each. The MGP is an alliance partner of the BJP in Goa since 2012.

On March 19, Sawant was sworn in as the Chief Minister of Goa in a late-night ceremony along with an 11- member cabinet.