Mukhtar Abbas Naqvi said that Malviya had no intention to undermine the stature of the EC. 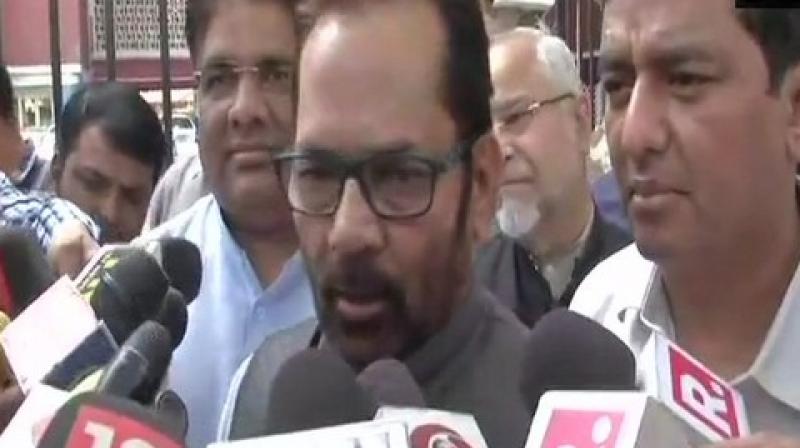 A delegation led by Naqvi met the EC officials in connection with the case. (Photo: ANI)

Naqvi said Malviya had no intention to undermine the stature of the Election Commission (EC).

Talking to media, Naqvi said, "Amit Malviya's tweet was based on a TV channel's source. He had no intention to undermine the stature of the EC. A Karnataka Congress leader had also tweeted the same thing. We agree that he (Malviya) should not have tweeted it."

A delegation led by Naqvi met the EC officials in connection with the case.

Ahead of the announcement of polling and counting dates for Karnataka, Malviya took to Twitter to announce that the polling date would be May 12 and counting would be on May 18.

However, following social media uproar on his knowledge of the dates prior to the official announcement, Malviya deleted the tweet.

On a related note, a delegation led by Naqvi is slated to meet EC officials in connection with Malviya's tweet on the election dates.

The 224-member Karnataka Assembly will go to polls on May 12, and counting of votes will be held on May 15, as announced by Chief Election Commissioner O P Rawat in a press conference held earlier on Tuesday.