Parliamentary panel slams DRDO for delay in completion of LCA Tejas and other projects; indicts it for wastage of public funds. 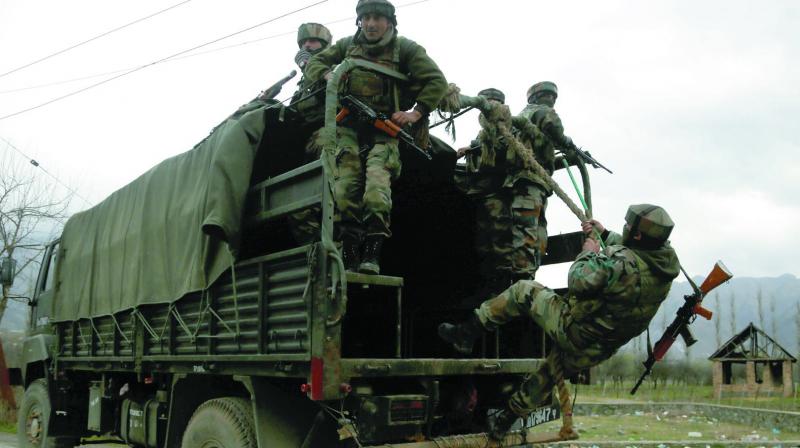 The parliamentary panel was so upset over the DRDO's pace that it observed that 'delays in completion of projects is a part and parcel of DRDOs functioning' while calling for accountability. (Photo: Representational | AP)

Kolkata: Defence Research and Development Organisation (DRDO), the country's premiere defence research body, has come under fire of a parliamentary panel recently over delay in completion of key military projects' (including the Light Combat Aircraft Tejas programme and Airborne Early Warning and Control System programme) which has posed a major challenge to the Indian armed forces' modernisation.

The panel was so upset over the DRDO's pace that it observed that "delays in completion of projects is a part and parcel of DRDOs functioning" while calling for accountability.

Expressing its dissatisfaction for wastage of tax-payers money by sudden closure of projects, the Standing Committee on Defence headed by retired Major Gen BC Khanduri also pulled up the DRDO and advised it to rope in an 'independent agency' to conduct "a scientific, technical and concurrent audit of every ongoing project" to avoid midway closure.

Cracking a whip on the DRDO, the panel in its report submitted to both houses of the Parliament on March 13 this year stated, "The Committee, while examining the Demands for Grants, discovered that delays in completion of projects are a part and parcel of DRDOs functioning. For instance, Light Combat Aircraft (LCA) was supposed to be completed in 2008 but the revised date of completion is June 2019. In the case of Aero engine, Kaveri, the original date of completion was 1996 but was revised to December 2009. Further revision of the completion schedule continues to be under process. Similar is the case with LCA-Navy, Airborne Early Warning and Control (AEW&C) System, Air to Air Missile system-Astra, Long Range Surface to Air Missile etc. to name a few. The extent of delay in the execution of above mentioned projects varies from project to project. Although various reasons have been attributed for project delays by the representatives of DRDO, the Committee take very serious note of this unwarranted and unsavoury phenomenon. These delays not only place a burden of unnecessary cost implications but also deprive the Services of critical capabilities. The Committee wish to be kept apprised on the progress made in regard to each of the above mentioned projects."

The panel's report elaborated, "In view of the above, the Committee opine that accountability has to be bestowed at some level for the continued delays. Such a dismal scenario cannot be allowed to go on perpetually and wastage of resources cannot be taken for granted as a routine phenomenon. The Committee have also been informed that various measures are being taken to curb delays that are a regular feature. However, the Committee would like to emphasise that the efforts should bear the desired results. Therefore, an inherent system needs to be developed where specific roles and responsibilities are demarcated and specified within the organisational structure of DRDO. The progress made in the direction may be brought to the knowledge of the Committee."

According to the panel's report, "While going through the details submitted by the Ministry, the Committee noted that there are many projects which get closed following a few years of operation. This results in immense financial burden with no eventual fruitful results. Such wastage of exchequer’s money needs to be checked. Defence Research and Development Organisation, therefore, needs to undertake research oriented programmes with great concern and care. The Committee desire that at the initial stage itself, before the project is sanctioned, all the possible constraints and bottlenecks that are likely to arise need to be assessed with care."

It added, "The Committee express their deep concern on the wasteful expenditure incurred by DRDO on account of closure of major projects. The Committee understand that research activity is an open end programme and closing a project midway is a possibility. Nevertheless, it needs to be ensured that closure of projects before culmination should not be allowed to become a regular practice. The Committee recommend that it would be preferable to have a scientific, technical and concurrent audit of every ongoing project carried out preferably by an independent agency so that such midway closure of projects is avoided in future. The Committee also strongly feel that the Ministry should re-evaluate the reasons and also seek expert advice before taking a decision towards closing down any project of DRDO in future so as to avoid wastage of public funds and to help in sustaining the project(s), which can possibly prove to be beneficial to the country."