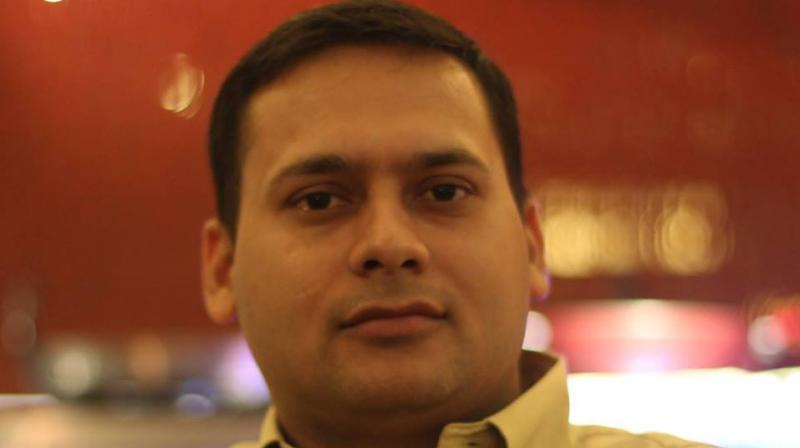 The tweet by BJP IT cell chief Amit Malviya, which had the date of counting wrong, was deleted quickly. (Photo: Facebook)

Mumbai: Moments before the Election Commission announced the date for the Karnataka Assembly election on Tuesday, the date of voting - May 12 poll - was revealed in a tweet by the BJP's IT cell head Amit Malviya, which has set off a huge controversy.

It soon emerged that the Congress's social media in-charge in Karnataka put out a tweet at the same time - 11.08 am - a good 15 minutes before the announcement.

The tweet by Amit Malviya, which had the date of counting wrong, was deleted quickly. Called out by a journalist on his "scoop", Amit Malviya gave credit to a television channel for the information.

The counting and results of Karnataka polls will be held on May 15. The deleted tweet had it as May 18.

BJP becomes the ‘Super Election Commission’ as they announce poll dates for Karnataka even before the EC.

Credibility of EC is on test.
Will EC now issue notice to BJP President, Amit Shah & register an FIR against BJP IT Head for leaking EC’s confidential information? pic.twitter.com/i3vU2iJpjH

"Strict legal and administrative action will be taken on the leak of information," Rawat said. He had earlier seemed to imply to reporters that since the date of the results was wrong, it didn't count as a leak. "We won't comment on changing date because of a leak. The decision was just taken. They were wrong about counting date so it's wrong to say they were prepared beforehand," said the top election officer.

The tweet was seized by the Congress to reinforce its allegation that the Election Commission is "biased". But soon the party was having to explain screenshots of a tweet by its own member.

The ruling Congress in Karnataka faces a massive challenge with BJP gearing up to campaign in full swing to snatch one of the only three states ruled by the party.

Kharge said, "Amit Malviya tweeted Karnataka elections dates at 11 am. It means BJP is dictating polling dates to Election Commission. I expect EC to work according to the Constitution and law, and not let information leak. Such a thing has never happened before."

Read: Karnataka Assembly elections to be held on May 12, counting on May 15