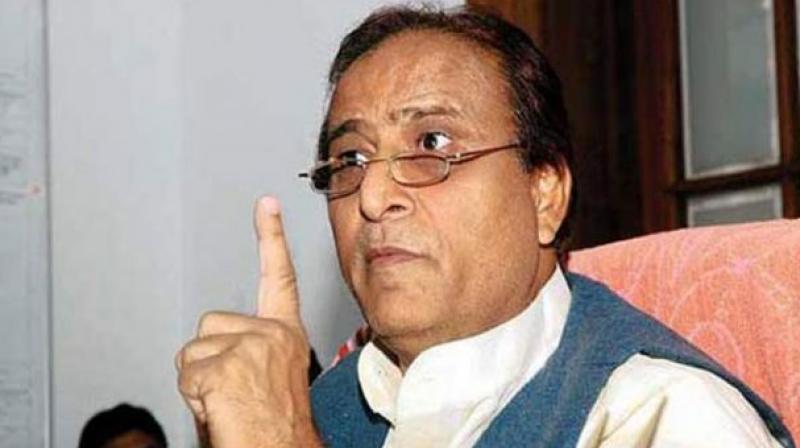 New Delhi: Demanding uniformity in laws, Samajwadi Party leader Azam Khan on Monday stated that there should be a nationwide ban on slaughter of animals.

"Cow slaughter should be banned across the country. Why is it so that it is legal in states like Kerala, West Bengal and Tripura but not in other states? I am not only in support of banning slaughter but for very long I have been saying this that we should stop slaughter. No one should be slaughtered. What is legal and illegal slaughter? I want all slaughter houses to be banned. No animals should be cut," Khan told ANI.

Uttar Pradesh Minister Siddharth Nath Singh earlier in the day reiterated that the state government would only act against slaughterhouses that are illegal.

"We have assembled here to give a clarification that it is an investigation only against the illegal slaughterhouses. Those who have licenses have nothing to fear. They should continue following regulations," Singh told the media.

The minister further said it was also a message to the officers not to overstep their jurisdiction and the mandate given by the state government.

Singh also clarified that no orders have been issued by the government to close down shops selling chicken and eggs, urging the people not to believe such reports.

After coming to power, Yogi Adityanath-led government has ordered the closure of illegal slaughterhouses and strict enforcement of the ban on cow smuggling.

Adityanath earlier on Saturday said abattoirs operating legally will not be touched but action will be taken against those being run illegally.