The bill seeks to ensure health-care, treatment and rehabilitation of persons with mental illness without intruding their privacy or rights. 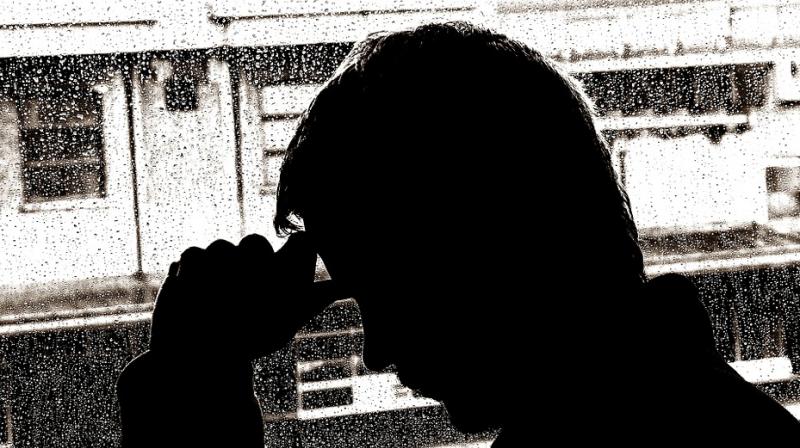 New Delhi: Parliament on Monday passed a bill that seeks to decriminalise suicide attempts by mentally ill people and provides for the right to better healthcare for people suffering from mental illness.

According to the Indian Express, “Notwithstanding anything contained in section 309 of the Indian Penal Code, any person who attempts to commit suicide shall be presumed, unless proved otherwise, to have severe stress and shall not be tried and punished under the said Code,” the bill said.

'The Mental Healthcare Bill' also has a provision to protect and restore the property right of the mentally ill people, Health Minister J P Nadda said in the Lok Sabha, just before it was passed by the House by a voice vote.

All the amendments moved by the opposition members were defeated.

The Rajya Sabha had passed it in August last year with 134 official amendments.

The bill provides for decriminalising suicide attempt by mentally ill persons by making it non-punishable under the Indian Penal Code.

It also focusses on community-based treatment and provides for special treatment for women.

The bill seeks to ensure health-care, treatment and rehabilitation of persons with mental illness "in a manner that does not intrude on their rights and dignity."

While replying to a debate on the bill, Nadda described it as a "patient-centric" measure and said there was a need to empower the patients so that they could secure proper treatment.

The legislation has been brought after wider consultations with the stakeholders, he said.

"There were consultations at the regional level, as well at the Centre. After consultations with the stakeholders the bill was sent to the Standing Committee and post amendments it came to Rajya Sabha."

Most of the suggestions of the Standing Committee were accepted by the government, the Health Minister said.

Around 29 members participated in the discussion and almost all of them extended support to the bill.

Stating that the 1987 Mental Act was institutionalised, the minister said that in the present bill, instead of the institution, the focus was on the community.

The bill is a "progressive legislation" and intends to take care of everyone in case of any exigency, he said.

Describing the bill as "historic", the Health Minister said with the support of all, "we can develop the mental health services."

There was a need to take care of the health and hygiene of the patients, he said, adding the right of a child with his/her mother will also be maintained.

Sterlisation would not be conducted on a person who is mentally ill, Nadda said, describing it as "an insane and inhuman act."

If the need arises, he said, NIMHANS (National Institute of Mental Health & Neuro Sciences) would be extended.

Responding to concerns expressed by some members over the safety of doctors in the wake of assault on a medico in Maharashtra recently by relatives of a patient, the Health Minister said instructions have been sent to the states that security of doctors should be ensured.

With regard to the issue raised by Congress MP Shashi Tharoor on the inclusion of "role model", the Health Minister said there was no need to include it in the bill.

However, he said, the government will definitely look at it at its own level.

NCP's Supriya Sule said the Standing Committee has "walked an extra mile" to incorporate the suggestions of all stakeholders.

BJD's Bhartruhari Mahtab said this legislation is the only bill which received 124 amendments and almost all have been accepted by the government.

Highlighting the shortage of medics and paremedics, BJP member Heena Gavit said there are only 4500 doctors specialised in mental health when the requirement was 12,500 and 3000 nurses per one lakh patients having mental disorders.

She rued that the country does not have any Phd seat for research in mental health. She said there should be a proper mechanism to take consent of patients for their treatment and they should not be treated as an "experimental animals."

Sule wanted to know what would happen to the child after he/she turns the prescribed age.

Mahtab, along with Gavit and Sule, noted that the budget for the mental healthcare is abysmally low. Sule also demanded inclusion of drug addiction and alcholism into the category of mental disease.

Supporting the legislation, Ravindra Babu (TDP) said, this was one of the "finest legislation" in last three years, but it mostly focuses on schirzophrenia.

K Vishweshwar Reddy (TRS) said while the earlier laws on mental health were "regulation-centric", the new bill is "patient-centric".

Referring to Nobel prize winning mathematician John Nash, a patient of schizophrenia, who made fundamental contributions to game theory, Reddy said, at least he had support of his family. The movie 'A Beautiful Mind' was based on his character.

"Although he had severe disabilities, he also had other capabilities," he said.

The TRS MP said the bill should have taken care of property of patients suffering from mental health as "cruel relatives" may exploit them under this pretext.

P K Sreemathi Teacher (CPM) said the government should ensure that a mentally ill patient, after treatment, is accepted by the society and the people. Besides, she said, free treatment for such kind of patient should be allowed.

Bansi Lal Mahto (BJP) suggested that ayurvedic clinics should be equipped to treat mentally ill people as this traditional method has precription for treatment of such diseases.

Jai Prakash Narain Yadav (RJD) there is a need to specify rehabilitation policy since the bill is silent about the exact modalties.

The government should look at providing conducive environment for mentally ill people after the treatment and suitable employment opportunity should be ensured.

Dushyant Chautala (INLD) said the level of stress is rising in the society and it is necessary to provide medical attention to the people suffering from mental disorder and depression.

He said that just like AIDS patients are give insurance cover, insurance cover with low premium should be provided to people with mental disorder as well.

N K Premachandran (RSP) said 5-6 per cent of people have mental problem and of them, 1-2 per cent have severe mental disorder.

He lauded the move to decriminalise attempt to suicide as a "progressive" move and said the government should also define 'severe stress' in the Mental Health bill.