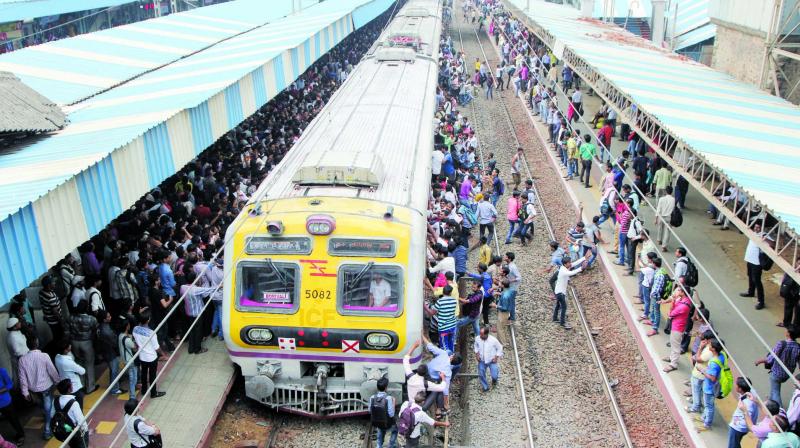 The local trains were moving on the Central Railway route after a brief disruption. (Photo: PTI/File)

Mumbai: A power outage was reported from some pockets in central and south Mumbai on Sunday morning, resulting in halting of the local train services on one rail line, officials said.

The local trains, considered as the lifeline of the country's financial capital, were moving on the Central Railway route after a brief disruption, but the Chhatrapati Shivaji Maharaj Terminus was facing a blackout, officials said.

The exact cause of the power outage has not yet been determined and efforts are on restore the supply, officials said.

The Brihanmumbai Electric Supply and Transport, a state undertaking, distributes power in the island city and depends on producers like the Tata Power.

A spokesperson of the Tata Power did not immediately comment on the outage.

Earlier, Mumbai had faced a massive power outage on October 12, 2020 which lasted up to 18 hours in certain pockets.