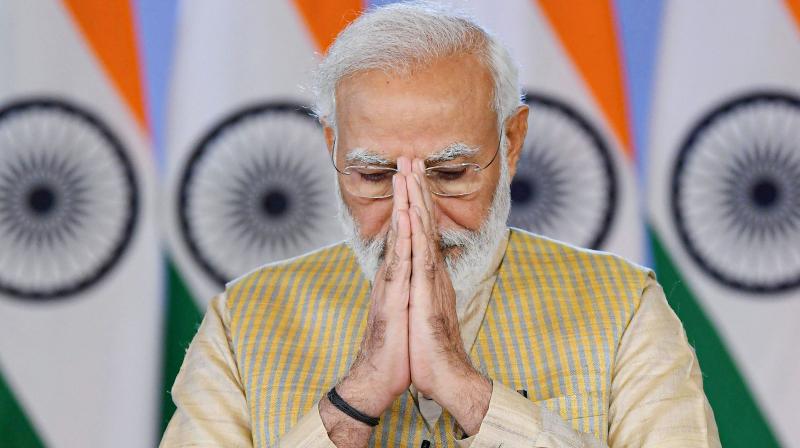 Addressing the 86th edition of Mann Ki Baat, PM Modi said, "I came across an inspirational effort in Sawai Madhopur in Rajasthan. The youth here are running a campaign 'Mission beat plastic' in Ranthambore. Plastic and polythenes have been removed from the forests of Ranthambore. Such collective efforts strengthen the spirit of people'sparticipatio0n in the country and when there is people's participation, we can accomplish the most challenging goals."

Lauding the efforts of the local people of Visakhapatnam against the single-use plastic with an aim to keep the environment clean as part of the cleanliness drive, PM Modi said that cloth bags are being promoted over the polythene bags in the city.

"In Visakhapatnam, under Swacch Bharat Mission, cloth bags are being promoted over polythene bags. Locals are also running a campaign against single-use plastic to keep the environment clean. They are also creating awareness about segregating waste at home," he said.

"Students of Mumbai's Somaiya College have also made beautification a part of their cleanliness drive. They decorated the wall of Kalyan Railway station with beautiful paintings," PM Modi added.

The Prime Minister also mentioned the 'Jal Thal' Mission in Jammu and Kashmir's Srinagar and said that the youth were made 'water ambassadors' to spread awareness about the restoration projects.

"Many transformational changes have been driven by people's movement in the society. Mission 'Jal Thal' is one such drive in Jammu and Kashmir's Srinagar. This is an innovative effort to clean and restore Srinagar's lakes and water bodies. Mission Jal Thal focused on Kaushal Sar and Gil Sar. Along with the people's participation, technology is also being used," he said.

"A campaign is also underway to remove the plastic waste and clean garbage. In the second phase of the mission, old water channels and 19 springs that feed lakes were targeted for restoration. To spread awareness about the restoration project, locals including youth were made 'water ambassadors'. Now the local people are happy to see an increasing number of migratory birds," PM Modi added.