Sharma is survived by his parents, brother and sister. 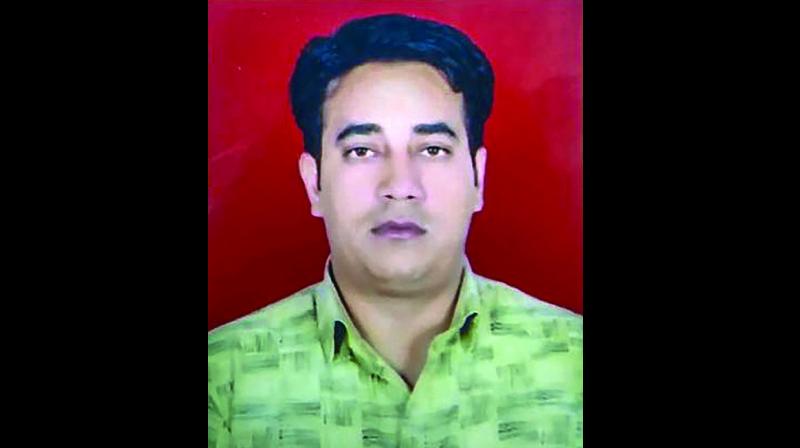 NEW DELHI: Horror was witnessed on Wednesday after a body of an officer of the Intelligence Bureau was found in a drain in Chandbagh, one of the areas worst hit by the violence that has swept northeast Delhi.

The officer, identified as Ankit Sharma, a resident of the area was working as a security assistant with the Intelligence Bureau.

According to sources, on Tuesday at around 5.30 pm when he left his home, he was allegedly attacked by a mob at the Chandbagh bridge and beaten to death before his body was thrown into a drain.

Family members of Ankit Sharma had alleged that a few people who were pelting stones from the building belonging to AAP leader and municipal councillor Tahir Hussain in Chand Bagh, had killed Sharma.

Ankit’s father Ravi-nder Kumar has stated that Ankit was attacked while he was returning from his duty.

“Ankit went at the site (ChandBagh) where stone-pelting was taking place. Around 15-20 people came from Tahir’s building and dragged 5-6 people inside. They also fired at other people who tried to save those taken inside the building,” Kumar said.

“Tahir is an anti-national person. People were pelting stones from that building. Ankit was attacked with knife. One more body was recovered from there. Ankit’s body has been sent to GTB Hospital for post-mortem,” he added.

Ravinder Kumar said that an FIR was filed after his son went missing. BJP MLA from Ghonda, Ajay Mahawar, too alleged that a mob had dragged  Ankit inside the house.

“People were pelting stones from a building. A mob dragged him inside as Ankit went near the building. Ankit was then brutally thrashed and his neck was slit with a knife. Later, his body was thrown inside a drain. I want to convey a message to the people responsible behind this incident that the law won’t spare them,” MLA added.

“His family had been looking for him after he went missing on Tuesday. His body was taken to the GTB Hospital for an autopsy,” he added.

Sharma is survived by his parents, brother and sister. His father is also a serving assistant sub-inspector with Delhi Police. He joined the service in 2017.