Foreign ministry said pilot was missing in action; Pak claims they have him. 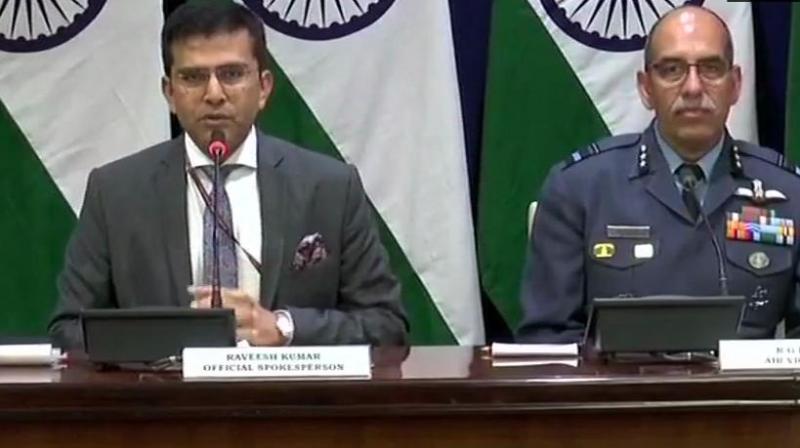 'We are ascertaining the facts,' Ministry of External Affairs spokesperson Ravish Kumar said in a media meet. (Photo: ANI | Twitter)

New Delhi: The India Foreign Ministry on Wednesday said that India had successfully thwarted Pakistani air aggression across the Line of Control on Wednesday morning but unfortunately lost a MiG 21 and also its pilot.

“In the aerial engagement, one Pakistani aircraft was shot down. The aircraft was seen falling on the Pakistani side. Unfortunately we lost a MiG 21 and a pilot is missing in action. Pakistan has claimed he is in their custody. We are ascertaining the facts,” Ministry of External Affairs spokesperson Ravish Kumar said in a media meet.

“Pakistan retaliated by targeting military installations in India. We detected their aircrafts and the attempts were foiled successfully.”

Kumar said Indian forces engaged their jet and brought one down, in the process losing an aircraft and the pilot.

Pakistan has claimed there is a second pilot in its custody. The Indian government is still trying to know about his whereabouts.