India   All India  27 Jan 2021  US announces restoration of relations with Palestinians
World, Americas 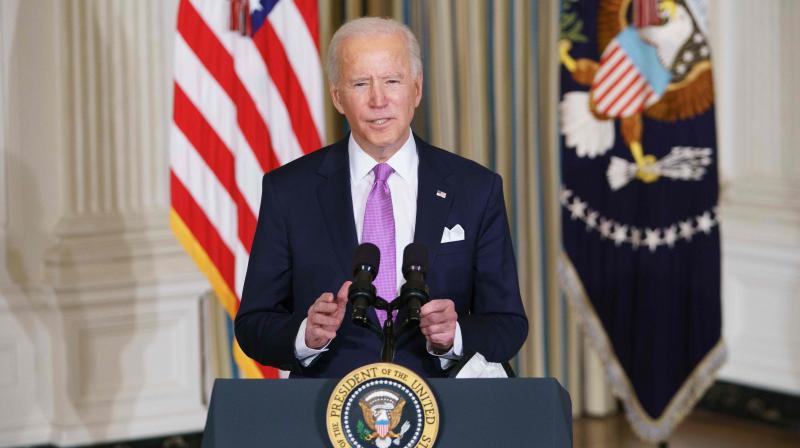 United Nations: US President Joe Biden's administration announced Tuesday it was restoring relations with the Palestinians and renewing aid to Palestinian refugees, a reversal of the Trump administration's cutoff and a key element of its new support for a two-state solution to the decades-old conflict agreed to by Israelis and Palestinians.

Acting U.S. Ambassador Richard Mills made the announcement of Biden's new approach to a high-level Security Council meeting, saying the new U.S. administration believes this remains the best way to ensure Israel's future as a democratic and Jewish state and the Palestinians' legitimate aspirations for a state of their own and to live with dignity and security.

In order to advance these objectives the Biden administration will restore credible U.S. engagement with Palestinians as well as Israelis, Mills said.

This will involve renewing U.S. relations with the Palestinian leadership and Palestinian people, he said.

President Biden has been clear that he intends to restore U.S. assistance programs that support economic development programs and humanitarian aid to the Palestinian people, and to take steps to reopen diplomatic relations that were closed by the last U.S. administration,. Mills added.

He said the United States hopes to start working to slowly build confidence on both sides to create an environment to reach a two-state solution.

To pursue this goal, Mills said, the United States will urge Israel's government and the Palestinians to avoid unilateral steps that make a two-state solution more difficult, such as annexation of territory, settlement activity, demolitions and providing compensation for individuals in prison for acts of terrorism.