The RSS maintained that since Vyasa Vidyapeeth is a CBSE affiliated school, the state government circular does not apply to it. 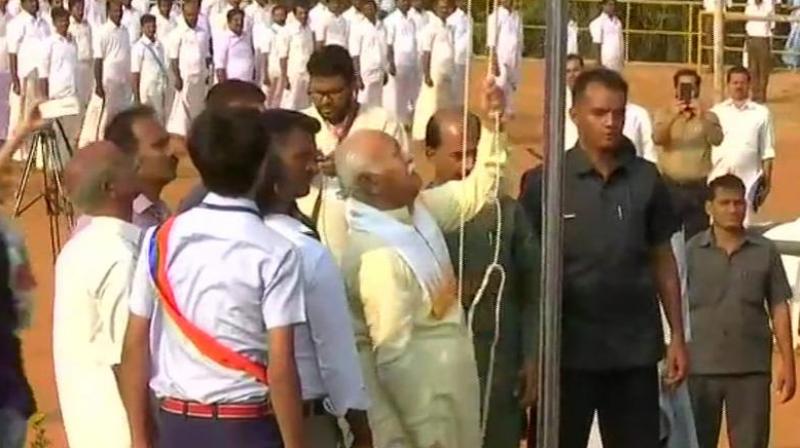 The RSS has maintained that there was nothing wrong in Bhagwat hoisting the national flag in the school as every citizen has the right to do so. (Photo: ANI | Twitter)

Mr Bhagwat is in the southern state for a three-day camp of Sangh Parivar workers, where the participants will deliberate on issues including expanding the support base.

Kerala has been witnessing brutal clashes between the Sangh Parivar and the Left cadres ever since the CPI(M) led government came to power. The government had issued the circular last week, directing that only school heads can hoist the national flag at educational institutions.

Mr Bhagwat hoisted the tricolour at Vyasa Vidhya Peetam higher secondary school, an institution run by Vidya Bharti and in his Republic Day address the RSS supremo asked people to follow in letter and spirit the guidelines in India’s Constitution. BJP state president Kummanam Rajasekharan, state RSS and BJP leaders along with many Sangh Parivar workers were present at the function.

The RSS maintained that since Vyasa Vidyapeeth is a CBSE affiliated school, the state government circular does not apply to it.