Fog blocked the view of the much-awaited annual solar eclipse in Delhi on Thursday morning. 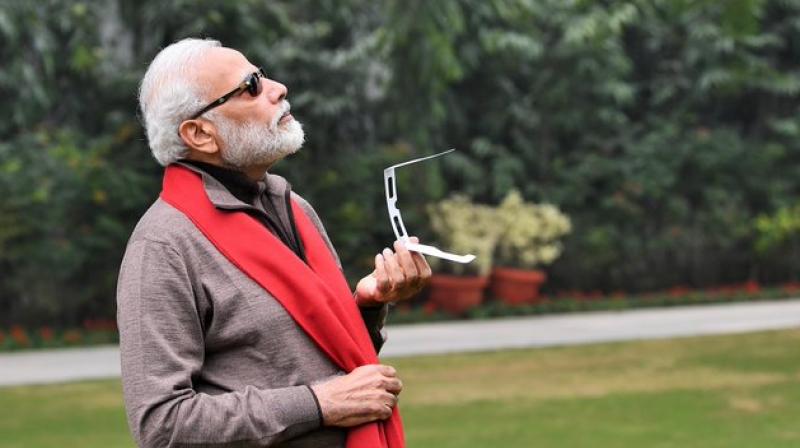 New Delhi: Prime Minister Narendra Modi on Thursday said that though he could not witness the solar eclipse due to cloud cover in the national capital, he managed to have a glimpse of it in Kozhikode through live stream.

The prime minister also posted his pictures trying to see the Sun.

"Like many Indians, I was enthusiastic about  #solareclipse2019. Unfortunately, I could not see the sun due to cloud cover but I did catch glimpses of the eclipse in Kozhikode and other parts on live stream," he wrote on Twitter.

The prime minister said he enriched his knowledge on the subject by interacting with experts. Fog blocked the view of the much-awaited annual solar eclipse in Delhi on Thursday morning. But people in the southern parts of the country were able to watch the rare celestial spectacle.