Motilal Nehru was the son of Gangadhar Nehru who was a police officer in 1857. 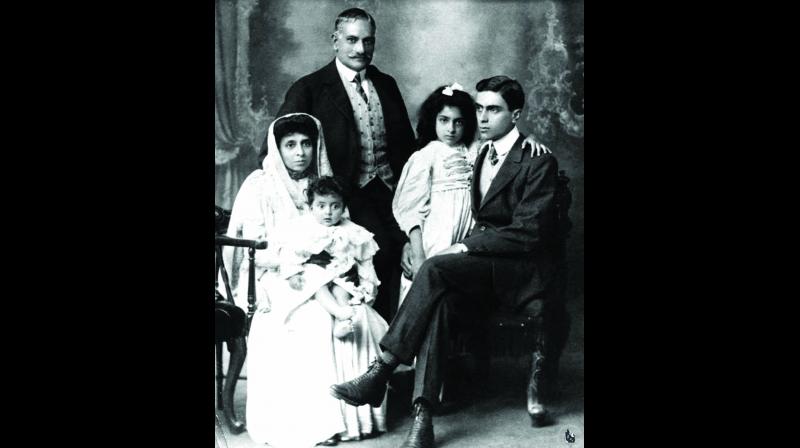 The 135th Foundation Day of the Indian National Congress (INC) this year, on December 28, 2019, will also be an occasion to recall the services of Pt Motilal Nehru who became president, INC, exactly 100 years ago. After presiding over the 34th session of the INC held in Amritsar in December 1919, Motilal Nehru was elected president of INC again in 1928 at its Calcutta (now Kolkata) session.

When Pt Jawaharlal Nehru became India’s first Prime Minister on August 15, 1947, and invited Sardar Patel to join his cabinet as deputy prime minister and home minister, the Sardar, while thanking the Prime Minister, wrote to him that no man in the freedom struggle had sacrificed more than him (Nehru). As one of Mahatma Gandhi’s closest associates, Sardar Patel obviously knew the tremendous sufferings and hardships Jawaharlal had to face with long spells in British jails and otherwise. But what Patel wrote to Nehru is equally, perhaps more, true for Motilal Nehru who, unlike his illustrious son, was not born with a silver spoon in his mouth. Besides having a hard life as a child and adolescent, Motilal Nehru, after coming under Mahatma Gandhi’s spell in the noncooperation movement, gave up not only his lucrative profession of a lawyer, but  gifted his magnificent mansion — the Anand Bhawan — he had built with his own “blood and sweat” to the nation. The Anand Bhawan was renamed as Swaraj Bhawan and Motilal Nehru, along with his family, moved into a smaller house retaining the name Anand Bhawan for it.

Immediately after the Calcutta session of the Congress (1920), Motilal resigned from the UP Council, curtailed the vast retinue of servants changed his style of living and consigned cartloads of furniture, silks, crystal and foreign finery to public bonfires. Though lakhs of Congress leaders and workers were inspired by the Mahatma to adopt simplicity and austerity, Motilal Nehru’s sacrifice had few parallels. Another great leader who comes to mind similarly is Chittaranjan Das, a close colleague of Motilal who was the INC president in 1922.

Motilal Nehru was the son of Gangadhar Nehru who was a police officer in 1857. The father of Gangadhar was Lakshmi Narayan Nehru who was a vakil in the East India Company. Lakshmi Narayan was the son Mausa Ram Kaul who was the grandson of Pandit Raj Kaul. Raj Kaul was given a jagir by the Mughal King Farrukhsiar in the year 1716. How the surname Kaul became Nehru is best explained by Jawaharlal Nehru in his internationally renowned Autobiography:

“We were Kashmiris. Over two hundred years ago, early in the eighteenth century, our ancestor came down from that mountain valley to seek fame and fortune in the rich plains below. Those were the days of the decline of the Moghal Empire after the death of Aurungzeb, and Farrukhsiar was the Emperor. Raj Kaul was the name of that ancestor of ours and he had gained eminence as a Sanskrit and Persian scholar in Kashmir. He attracted the notice of Farrukhsiar during the letter’s visit to Kashmir, and, probably at the Emperor’s instance, the family migrated to Delhi, the imperial capital, about the year 1716. A jagir with a house situated on the banks of a canal had been granted to Raj Kaul, and, from the fact of this residence, ‘Nehru’ (from nahar, a canal) came to be attached to his name. Kaul had been the family name; this changed to Kaul-Nehru; and, in later years, Kaul dropped out and we became simply Nehrus.”

After the Jallianwala Bagh holocaust Motilal Nehru, as a leading lawyer, was appointed member of the Congress inquiry committee to investigate the heinous crime. Other members of the committee were Mahatma Gandhi, Chittaranjan Das, M.R. Jayakar and Abbas Tyabji.

Motilal’s fateful decision to cast in his lot with Gandhiji was no doubt influenced by the tragic chain of events beginning with Jallianwala Bagh and leading to the noncooperation movement. But, according to historian B.R. Nanda, “There was another vital factor without which he may not have made, in his sixtieth year, a clean break with past and plunged into the unknown. This was the unshakeable resolve of his son to go the way of satyagraha.”

In between the two sessions of the Congress he presided over, in 1919 and 1928, Motilal played a decisive role in leading the Swaraj Party, recognised as the legislative wing of the Congress, and in preparing the Nehru Report for the committee headed by him to determine the principles of a Constitution for free India. Unfortunately, the Nehru report was rejected by Jinnah and the Muslim League. Had it been accepted the history of the country would have been different.

The Nehru Report, representing as it did the highest common denominator among a number of heterogeneous parties, was based on the assumption that the new Indian Constitution would be based on Dominion Status. This was regarded as a climbdown by a radical wing in the Congress led by Subhas Bose and MotilaI’s own son who founded the “Independence for India League”. The Calcutta Congress (December 1928) over which Motilal presided was the scene of a head-on clash between those who were prepared to accept Dominion Status and those who would have nothing short of complete independence. A split was averted by a via media proposed by Gandhiji, according to which if Britain did not concede Dominion Status within a year, the Congress was to demand complete independence and to fight for it, if necessary, by launching civil disobedience.

Within a few months of Civil Disobedience Movement, Motilal Nehru passed away on May 6, 1931. Gandhiji was at his bedside. Subhas Chandra Bose in his autobiography (published in 1934) states that the situation in the country after the Civil Disobedience Movement would have been different if the two political giants — Motilal Nehru and Deshbandhu Chittaranjan Das — had been living.

The writer, an ex-Army officer, is a former member of the National Commission for Minorities, and a political analyst