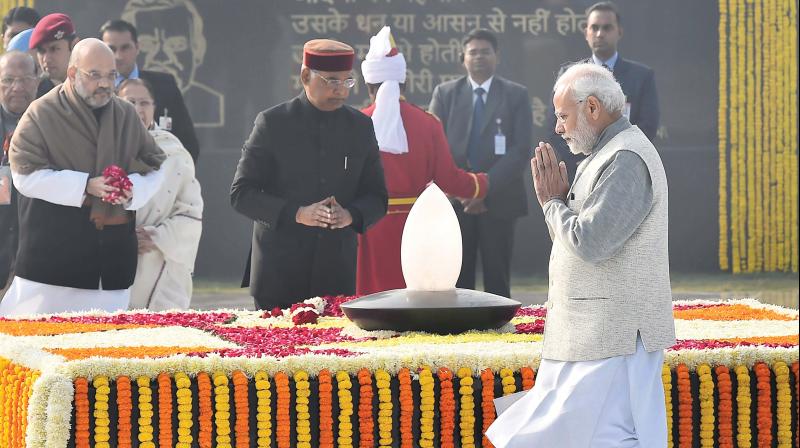 New Delhi: “Sadaiv Atal,” a memorial of former Prime Minister Atal Behari Vajpayee, was dedicated to the nation on Tuesday on his 94th birth anniversary. President Ram Nath Kovind, vice-president M. Venkaiah Naidu, and Prime Minister Narendra Modi were among the dignitaries who paid floral tributes to the former statesman at the memorial built near the Rashtriya Smriti Sthal, where his mortal remains were consigned to the flames on August 17.

“Tributes to Atal Ji on his Jayanti. We reiterate our commitment towards creating the India he dreamt of,” Mr Modi tweeted.

The memorial is enclosed by nine bas-relief walls with inscriptions of poetries penned by Vajpayee.

Spread over 1.5 acres of land, the memorial was constructed by the Central Public Works Department (CPWD) at a cost of Rs 10.51 crore.

The project was funded by the Atal Smriti Nyas Society.