Year ender 2017: Joys and sorrows; judgements that left a mark this year

2017 has been a noteworthy year with SC of India and other subordinate courts passing landmark decisions having a strong impact on people. 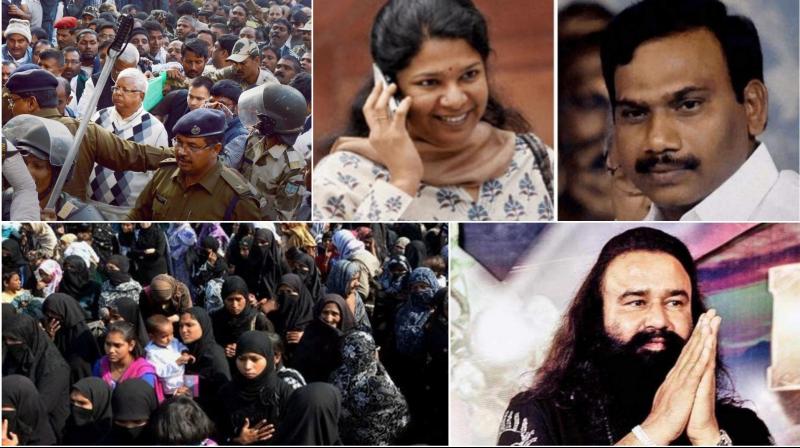 The year 2017 has made its place in the Indian judicial history as a year of judicial highs and lows. (Photo: Asian Age)

Mumbai: From Right to Privacy to the 2G scam case verdict, the year 2017 has made its place in the Indian judicial history as a year of judicial highs and lows.

Though some judgements surprised people for good reasons, a few were beyond expectations as they were not welcomes or appreciated by the citizens.

Remarkable verdicts that were welcomed heartily by people included making privacy a fundamental right, upholding death sentences of Nirbhaya rapists, special court convicting six accused in Mumbai bomb blast case to pronouncing Gurmeet Ram Rahim to be guilty of rape while decisions like releasing Rajesh and Nupur Talwar in Aarushi murder case, due to lack of evidence and acquitting all the accused in 2G scam were a few instances that left people disheartened.

The Supreme Court in a landmark verdict ruled that divorce among Muslims through the practice of triple talaq was "void, illegal and unconstitutional".

Triple talaq -- the personal law by which Muslim men can instantaneously divorce their wives by uttering talaq thrice -- "is not integral to religious practice and violates constitutional morality," the panel of Supreme Court judges said.

The verdict was delivered in a 3:2 majority by a 5-judge bench of all faiths -- Chief Justice of India JS Khehar, Justices Kurian Joseph, Rohinton Nariman, Uday Lalit and S A Abdul Nazeer.

While Chief Justice JS Khehar and Justice S Abdul Nazeer wanted to put triple talaq on hold for six months till the government made a law on this, Justices Kurian Joseph, RF Nariman and UU Lalit ruled the practice was "manifestly arbitrary and violative of the Constitution". It should be struck down, they said.

The Constitution so far has held that the 1,400-year-old triple talaq is legal for Muslims, but many aggrieved women, divorced by letter, on SMS, Whatsapp and even Skype challenged the controversial practice.

Shayara Bano, a 35-year-old woman, challenged the practice in 2016, a year after her husband of 15 years divorced her via triple talaq.

This was one of the 2017’s biggest judgements and was made in response to the petition challenging the constitutional validity of the Indian biometric identity scheme, Aadhaar.

"The right to privacy is protected as an intrinsic part of the right to life and personal liberty under Article 21 and as a part of the freedoms guaranteed by Part III of the Constitution," the ruling said.

With this judgement, the government will be required to create a data protection regime to protect the privacy of the individual. Explaining the meaning and scope of privacy, the court held that it includes at its core the preservation of personal intimacies, the sanctity of family life, marriage, procreation, the home and sexual orientation. The court further explained that there is a legitimate expectation of privacy even in public space and that the right is available against state as well as non-state actors. 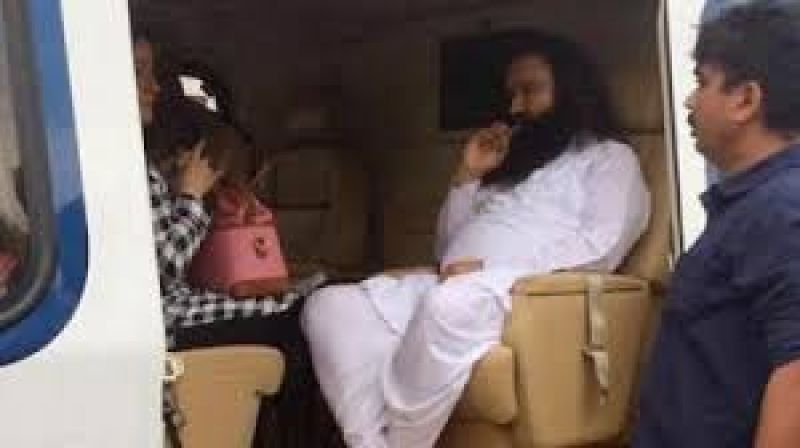 Ram Rahim convicted. (Photo: PTI)Dera Sachcha Sauda chief Gurmeet Ram Rahim was found guilty in a rape case, back to 2002 when a Dera sadhvi wrote a letter to the then Prime Minister Atal Bihari Vajpayee, saying that she was raped.

The supporters of Ram Rahim started widespread protests in New Delhi and Panchkula which left 30 dead and 250 injured.

Independent Thought vs Union of India and ANR

Clarifying that it was not dealing with the whole issue of marital rape as such, the court overturned an exception in rape law which allowed a husband to have sex with his wife aged 15 years and above (with or without consent) without it being punishable. 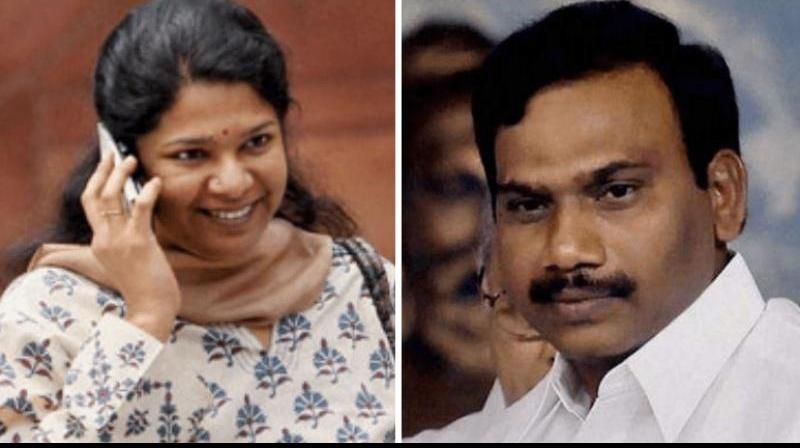 All 17 accused in 2G spectrum case were acquitted. (Photo: PTI)

A special CBI court on December 21 acquitted all 17 accused in the 2G spectrum case, one of India's biggest telecom corruption scandals, among which included former telecom minister A Raja and daughter of DMK chief Karunanidhi, Kanimozhi.

The scam was among the major corruption scandals that came to light during the second term of the UPA government headed by Dr Manmohan Singh. It provided fuel to the opposition charges of corruption against the government.

“Indian temples that deny or restrict women's entry undermine the fight for gender equality and have no constitutional right to do so,” said the Supreme Court.

The comments of the apex court came days after the Shani Shignapur temple in western Maharashtra state opened its inner sanctum to women following a Mumbai court ruling that it was the fundamental right of women to enter any place of worship that allows men access.

The ruling said, "Sexual orientation is an essential attribute of privacy. Discrimination against an individual on the basis of sexual orientation is deeply offensive to the dignity and self-worth of the individual. Their rights are not ‘so-called’ but are real rights founded on sound constitutional doctrine. They inhere in the right to life. They dwell in privacy and dignity. They constitute the essence of liberty and freedom." 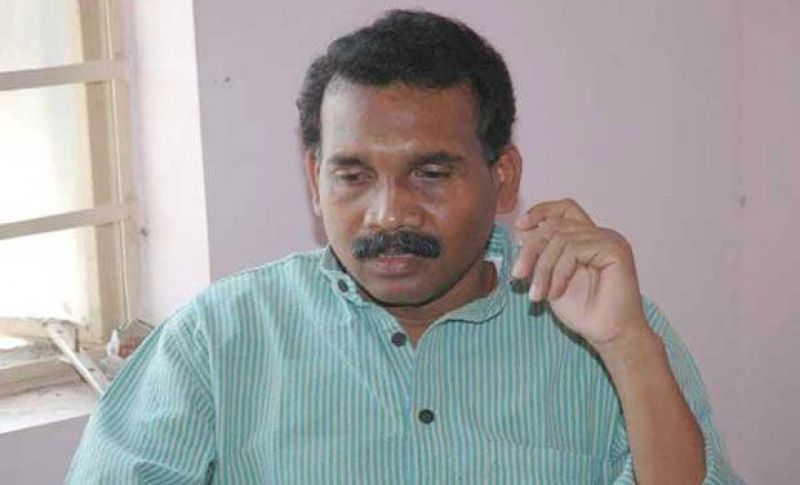 The special CBI court on December 16 awarded three-year rigorous imprisonment to former Jharkhand chief minister Madhu Koda in a coal block allocation scam and imposed a fine of Rs 25 lakh on him.

The 'Coalgate' was a massive political scandal that plagued the UPA government in 2012. The scam came to light after the Comptroller and Auditor General of India (CAG) accused the government of India for allocating 194 coal blocks to public and private enterprises for captive use in a fraudulent manner. 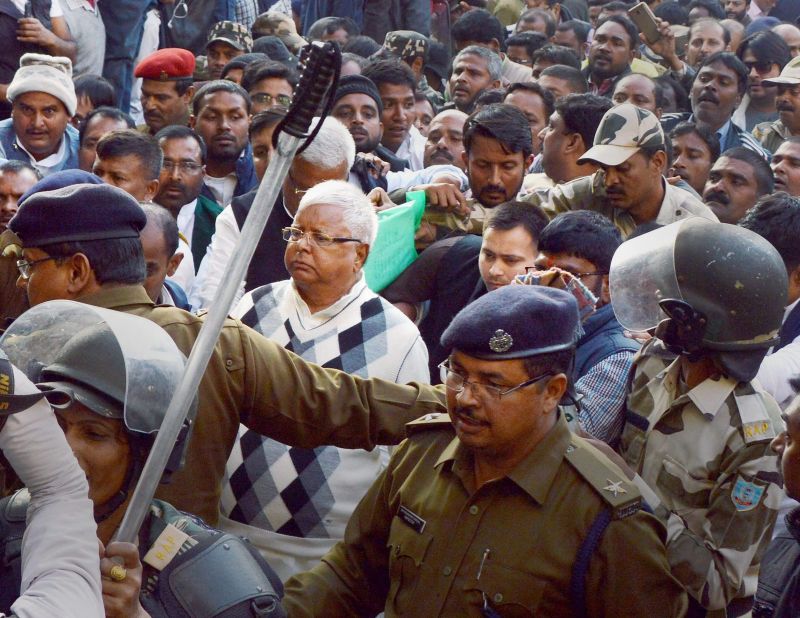 A special CBI court in Ranchi gave its verdict on December 23 in a fodder scam case in which former Bihar chief minister Lalu Yadav was an accused. Lalu Prasad, a former Bihar chief minister, and 15 others guilty of embezzling Rs 89.27 lakh from Deoghar Treasury between 1991 and 1994. His predecessor Jagannath Mishra, who was also among the accused, was acquitted, as were five other accused. The sentencing of the quantum will be on January 3. 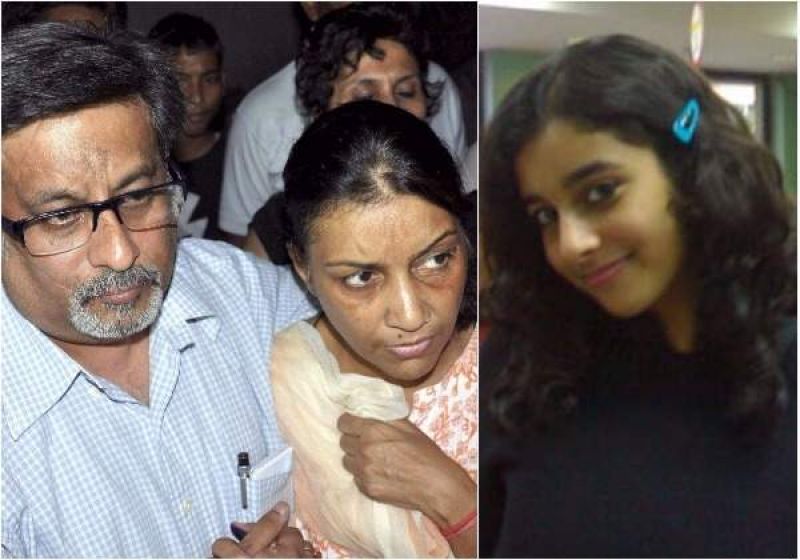 Dentist couple Rajesh and Nupur Talwar were acquitted of all charges in the murder of their daughter Aarushi by the Allahabad High Court on October 12, 2017. They walked out free from the Ghaziabad Dasna Jail after spending four years in jail.

This murder mystery made news across the country as the parents, who were allegedly the main convicts in the murder were held not guilty by the court. 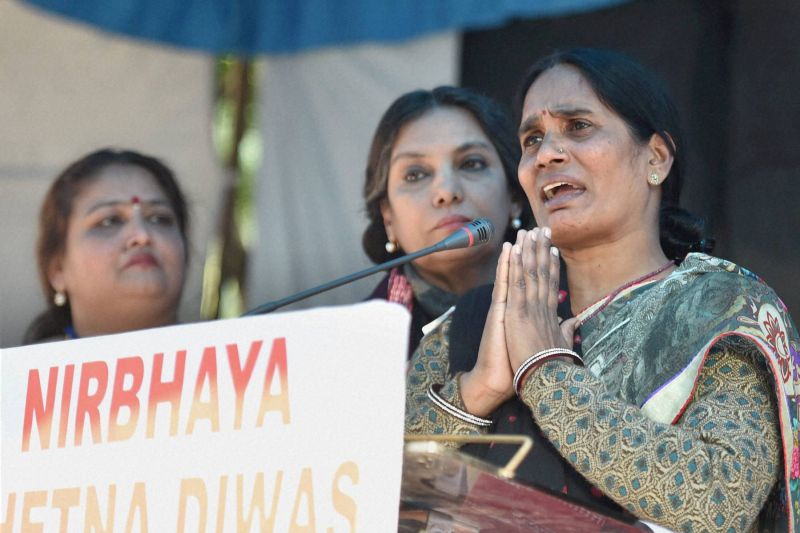 On May 5, the Supreme Court upheld death sentences of four accused in December 16 Delhi gangrape case.

Mukesh, Pawan, Vinay Sharma and Akshay Thakur were convicted on charges of brutally raping and assaulting a 23-year-old paramedical student, Jyoti Singh, inside a bus that led to her death which generated worldwide public protests.

Passing its order, the court called their crime “most brutal, barbaric and diabolical” and said they had committed "a barbaric crime" which had "shaken society's conscience". 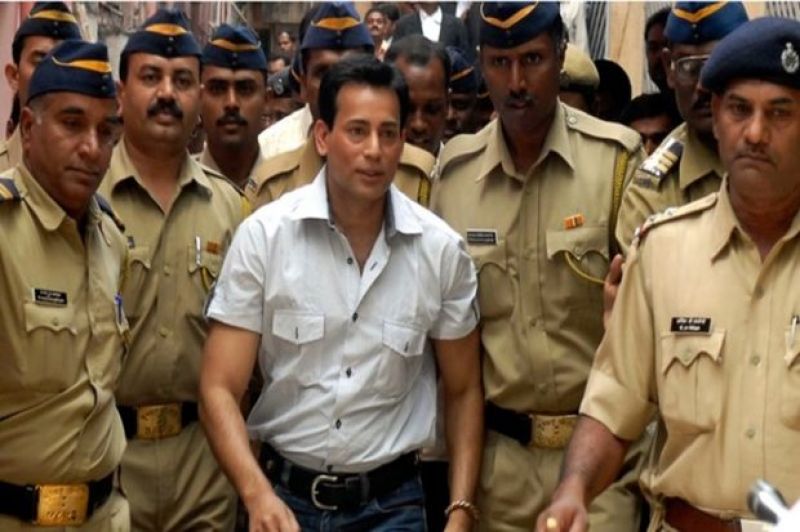 Abu Salem, one of the six accused in 1993 Mumbai bomb blasts. (Photo: PTI)

A special Terrorist and Disruptive Activity (TADA) court sentenced six out of seven accused in the 1993 Mumbai bomb blasts that claimed 257 lives guilty on June 16, 2017.

Riyaz Siddiqui, 67, was found guilty for abetting and aiding terrorism, a charge that attracts a maximum punishment of life imprisonment.