Will decide about political debut on Dec 31, says Thalaivar Rajinikanth

'I am not new to politics. I got delayed. Entering is equal to victory. I will announce a decision on December 31,' the actor said. 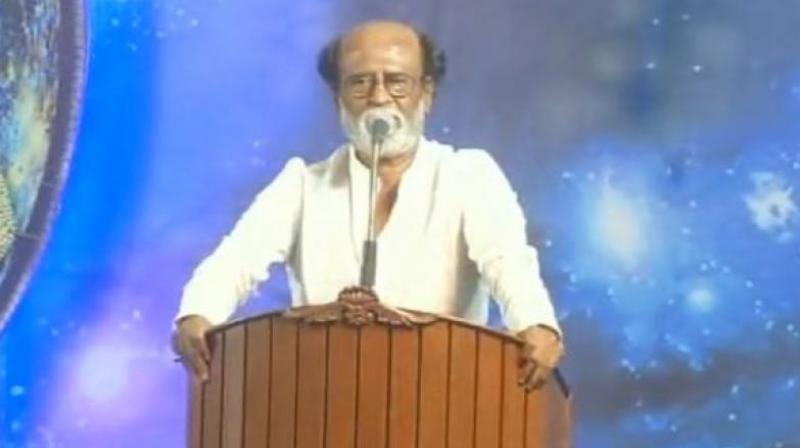 Chennai: On the first day of his six-days-meeting with fans, actor Rajinikanth on Tuesday said that he would join politics in "God wills".

He further added he would take a decision on his political debut on December 31.

"I am not saying I will join politics...I will announce my stand on December 31," the actor said.

"I am not new to politics. I got delayed. Entering is equal to victory," Rajinikanth added.

He said he is "hesitant" to enter politics since he know its dynamics.

Talking further about making his debut in politics Rajinikanth elaborated, "We need to be prepared well when we go to a battle. We need to fight to win or there's no use of going to a battle."

During his meeting with fans in May this year, the superstar had said, "Let us face the war when it comes".

Rajinikanth said he was humbled when former chief minister of Tamil Nadu J Jayalalithaa met him at his house.

The 67-year-old actor met around 1,000 fans across 18 districts on Tuesday while announcing his decision on his likelihood to join politics.

Addressing his fans the actor said, "I'am excited to meet my fans. I had planned meet with my fans in advance."

"Rajinikanth in show business but he's not a showman," said director Mahendran who was also present at the meeting of fans.

The producer who launched Rajini as hero in film Bairavi, Kalaignanam, also addressed the fans.

The six-day meet on Tuesday began with a silent tribute to cyclone Ockhi victims.