Sarabjit's sister also said Pak is a black spot in the name of humanity and allowing Jadhav to meet his family was a well planned drama. 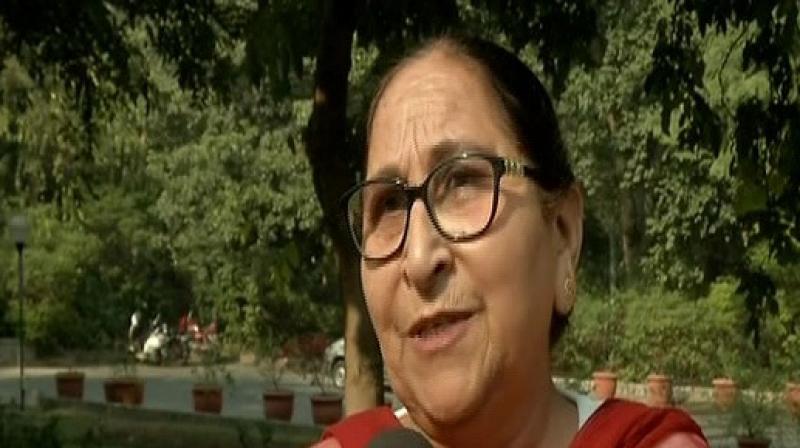 Dalbir Kaur, Sarabjit's sister, also went to Pakistan in 2011 to meet her brother who was sentenced to death over terrorism charges. (Photo: ANI)

New Delhi: Lashing out at Pakistan for not allowing former Indian naval officer Kulbhushan Jadhav to meet his mother and wife freely, sister of Sarabjit Singh, Dalbir Kaur, on Tuesday termed the entire exercise by Islamabad as a "cruel joke".

Dalbir dubbed the meeting, which the Pakistan held as a "humanitarian gesture" to mark the birthday of its founder Muhammad Ali Jinnah, a "black spot" in the name of humanity.

"What happened with us in 2008, same thing happened with Jadhav's family. Only the difference was that we met Sarabjit inside a jail and they in a well planned drama... It is the same story like Sarabjit's," she said.

"(Pakistan) They are not worth trusting. It is a black spot in the name of humanity. We can call it a well planned drama by Pakistan," she said and added that India should take up Jadhav's case even more forcefully now.

Dalbir also went to Pakistan in 2011 to meet her brother Sarabjit, who was sentenced to death over terrorism charges. He, however, died in the prison after some inmates attacked him in 2013.

The two women returned this morning after meeting Jadhav, who has been convicted of spying and is on a death row, in Pakistan.

Jadhav's meeting with his family members was not any ordinary meeting as they were separated by a glass barrier.

The Pakistan Ministry of Foreign Affairs (MoFA), to this end, clarified that the screen was placed due to security reasons and that Jadhav already knew this would be the setting.

Pakistan had agreed to facilitate the visit of Jadhav's family and also assured their safety, security, and freedom of movement in the country.

Jadhav was arrested in March this year, in Balochistan, Pakistan, over charges of alleged involvement in 'espionage and subversive activities for India's intelligence agency - the Research and Analysis Wing (RAW).'