Dalbir had grown close to the BJP even in 2005, during her struggle to get her brother out of jail. 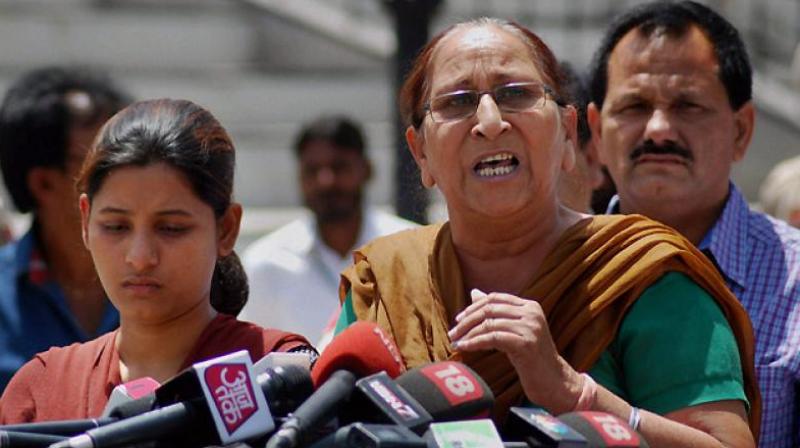 Fazilka: Dalbir Kaur, the sister of Sarabjit Singh, who died in a Pakistan jail in 2013, joined the BJP on Sunday.

When asked by reporters, Dalbir confirmed that she had joined the BJP.

Dalbir had grown close to the BJP even in 2005, during her struggle to get her brother out of jail, and there were reports of her joining the party.

Sarabjit died following an attack on him by inmates of a Lahore prison in April 2013.

He was convicted for terrorism and spying by a Pakistani court and sentenced to death in 1991. However, the government stayed his execution for an indefinite period in 2008.