Former IAF chief S P Tyagi was arrested in the chopper scam case and got bail on Monday. 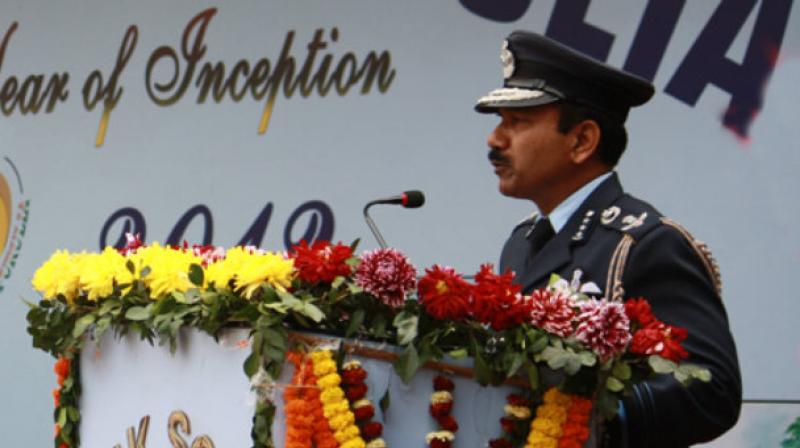 New Delhi: Describing former IAF chief S P Tyagi as a "sound professional", Air Chief Marshal Arup Raha on Monday said he should not have been treated like a "common criminal".

Tyagi, arrested on December 9 in AgustaWestland chopper scam case, was on Monday granted bail by a special court in the national capital.

Special CBI Judge Arvind Kumar granted the relief to Tyagi on a personal bond of Rs two lakh and one surety of like amount.

"You know, it is sub-judice so it won't be right for me to say anything. But, it is very unfortunate, I think for sure, that a person of his stature has been indicted by the CBI and other investigating agencies. He has been put under custody," Raha told NDTV.

He said the arrest "obviously" hurts the morale of the people of the armed forces.

"I can't say it doesn't dent our image or reputation. It definitely does and I am sure we will go by the law of the land. And the judicial process will be completed on the (basis of) evidence produced. I will be very happy if he can acquit himself because for the reason that he is the former chief," he said.

Talking about his personal rapport with Tyagi, Raha said he has worked under him.

"I have worked with him as well. So I knew him quite well. Professionally, he is very sound and it is very unfortunate that these accusations are there. It does dent our reputation. We are just hoping that the thing gets settled quickly this way or the other. Whatever is the decision of the court or the judicial process, we will go by that. We will accept it," he said.

Asked if he agreed that he should not have been kept with common criminals, Raha replied saying he agrees. "I don't know the exact evidences that the investigating agencies have but if they could treat him a little more respectfully I would be be very happy," he said.