Assembly elections in Jharkhand will be held in five phases, scheduled to begin from November 30. 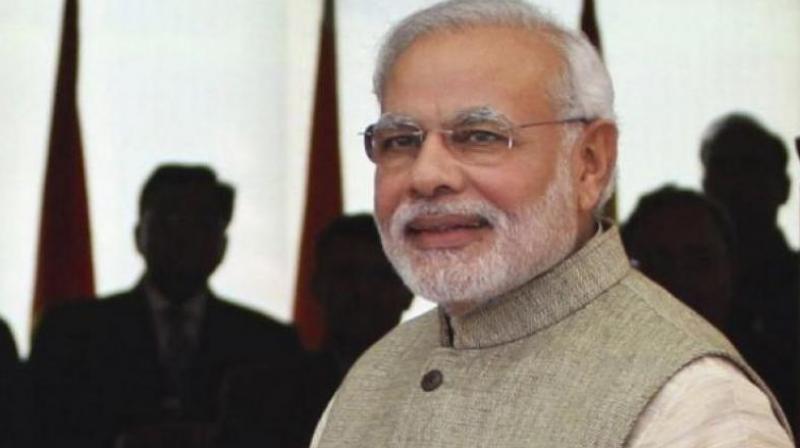 Patna: Kick-starting the BJP’s campaign for the Assembly elections in Jharkhand, Prime Minister Narendra Modi on Monday said that the BJP-led state government has been working on five principles – stability, good governance, development, self-respect and security.

While campaigning for BJP candidates in Gumla and Palamu, the Prime Minister urged the masses to “vote for the BJP for a strong and stable government” in the state.

“Jharkhand is still in its youth and for a better future, you should vote for a strong and stable government. The BJP has provided a stable, safe and corruption-free environment in Jharkhand. It is the BJP which saved this state from the clutches of those who wanted power but did not work for the welfare of people”, he said while addressing an election rally in Palamu.

Assembly elections in Jharkhand will be held in five phases, scheduled to begin from November 30. During the first phase, polling will be held in thirteen constituencies.

While addressing the rally, the Prime Minister asserted that the BJP government at the Centre and the state would protect Jharkhand’s Jal, Jungle and Jamin (water, forest and land). He also condemned last week’s Naxalite violence and paid tribute to four policemen who were killed in the attack.

“The BJP at the Centre and the state would continue to protect the state’s Jal, Jungle and Jamin, no matter what the opposition parties say. The state government has always worked hard to curb Naxalism in the state and would continue to fight against it. Naxalism reached Jharkhand due to the political instability”, Prime Minister said while addressing the rally.

In the 2014 assembly polls, BJP had won 37 out of 72 seats it had contested while its alliance partner All Jharkhand Students Union (AJSU) won 5 out of 8 seats. However, this year the BJP has fielded candidates on all 81 seats in Jharkhand.

The state has 28 Scheduled Tribe (ST) and 9 Scheduled Caste (SC) seats in the 81-member state Assembly.

Raghubar Das is the first non-tribal chief minister as well as the first one to complete a full five-year term in office since the formation of the state in November 2000.

Political analysts keeping a tab on the election preparation in Jharkhand are of the view that the BJP may face a tough challenge from its opponent Jharkhand Mukti Morcha (JMM), which has formed a grand alliance with Congress and RJD.

Hemant Soren-led JMM is considered a tough opponent with a stronghold in the tribal belt of the state.

While addressing a public rally in Palamu and Gumla, the Prime Minister criticised the grand alliance and said, “The partnership between the Opposition parties was formed just to grab power. If these parties win, the state will return to the era of instability and darkness”.