The week-long flagship programme is aimed at providing governance at the doorsteps of the rural populace and enlisting community participation. 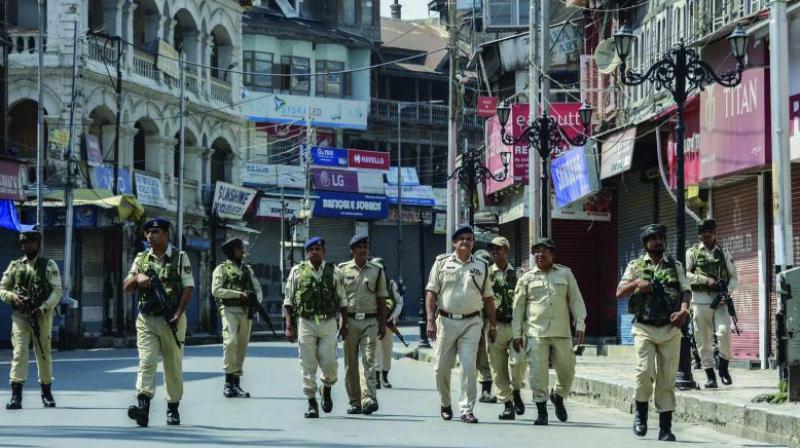 Srinagar: The Jammu and Kashmir government, in its first major attempt to reach out the people at rural level after abrogation of Article 370 and the state was split up into two separate Union Territories (UTs), launched the second phase of its “Back to Village” (B2V2) programme on Monday.

The week-long flagship programme is aimed at providing governance at the doorsteps of the rural populace and enlisting community participation across the UT of J&K, an official spokesman said here. “The week-long public outreach campaign would be more intense than the earlier phase as it shall mainly focus on empowering Panchayats, follow up of ‘B2V1, cent percent coverage of beneficiary oriented schemes and doubling income of rural people by giving more impetus to the rural economy”.

Reports reached here from different parts of the Valley said that the endeavour, like the first phase of the programme, evoked only a lukewarm response from the people at many places on the first day of its commencement. However, the officials who spoke to this newspaper said that they were hopeful of the programme falling into place and drawing the attention of the masses in village across all the twenty districts of J&K in coming couple of days.

As per an official statement, the second phase of the programme will see more than five thousand gazetted officers and 657 UT and directorate level officers visit their assigned Panchayats to receive the first-hand appraisal reports at the grassroots level about the developmental works.

“The officers shall prepare a report card and critical gap analysis at the end of their two-day visit to a village on a pre-circulated format,” the statement said.

It added that J&K’s lieutenant governor, Girish Chandra Murmu, his two advisors, the chief secretary and other senior officers of the UT will be visiting various halqa panchayats in both Kashmir and Jammu divisions between November 25 and 30.

The officials said that one of the primary objectives of the B2V-2, which represents institutionalisation of ‘Back to Village’ programme, is to handhold the Panchayats and to assist them wherever they face any impediments in using the funds devolved for development based on local priorities to further strengthen grassroots democracy and participatory development.

The programme will also assess the progress of resolution of priority issues of a Panchayat for which Rs. 5 crore have already been released to each district. Emphasis will also be laid on creating awareness in the apple districts of Kashmir division during the Programme about the ‘Special Market Intervention Price Scheme’ for procurement of apple crop. “Every line department has been assigned a specific role to play during this government initiative and the frontline workers of each department shall proactively participate in this unique effort to energize Panchayats to realize a total transformation in the rural profile,” the statement said.