ED said it had seized 6 high-end cars reportedly belonging to Chowdary, and summoned him for questioning next week. 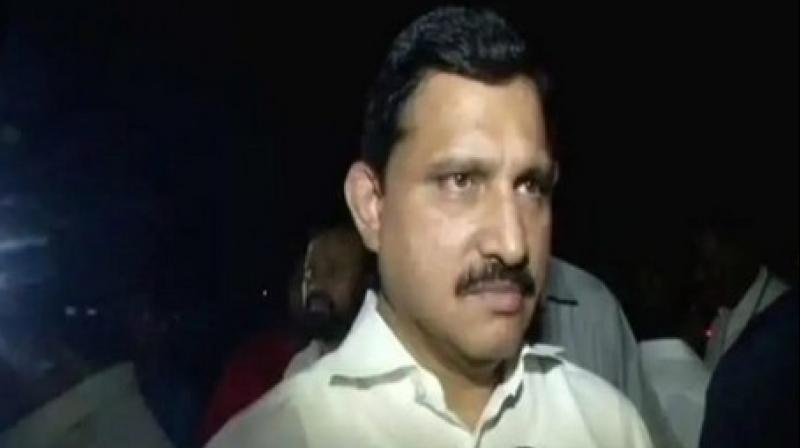 Chowdary told reporters that all the firms related to him were complying with rules. (Photo: File)

Hyderabad: Former Union minister and TDP lawmaker YS Chowdary Sunday said he would appear before the Enforcement Directorate (ED), which has summoned him in connection with an alleged Rs 5,700-crore bank loan fraud case on November 27, after the upcoming Winter Session of Parliament.

The ED Saturday said it had seized six high-end cars, including a Ferrari, a Range Rover and a Mercedes-Benz, reportedly belonging to Chowdary, and summoned him for questioning next week.

The agency had taken the action under the Prevention of Money Laundering Act (PMLA) following raids at eight premises of the Sujana Group of Companies in Hyderabad and Delhi.

The ED had said Chowdary was the man behind the group.

Chowdary told reporters that all the firms related to him were complying with rules.

Borrowing from banks was not a crime and "loan default is not criminality", he said.

The Rajya Sabha lawmaker of the Telugu Desam Party (TDP) said he had informed the ED that he would be able to appear before it only after the Winter Session of Parliament, which is scheduled to begin from December 11.

"All our companies have been filing the necessary reports with the authorities concerned such as the SEBI (Securities and Exchange Board of India) and the RoC (Registrar of Companies) for the last 29 years," he said.

"Taking bank loans is not a crime. If there is a default, then there is a certain procedure. A bank loan default is not criminality. I have no idea why ED officials issued a press release, saying a case under PMLA was filed," Chowdary said.

Responding to a query on the alleged fraud, he said he had no idea how the ED came to a conclusion "overnight" that banks were defrauded by the (Sujana) group to the tune of over Rs 5,700 crore.

The ED had said Chowdary was the man behind the Sujana Group of Companies and that it had gathered evidence that "all directors of various companies of the group act under his instructions".

"I will provide all the information to everyone. This is not a hit-and-run case. Don't indulge in getting vicarious pleasure," the TDP leader said, reacting to media reports.

According to the ED, documents recovered by it indicated that the group was controlling over 120 companies and most of those were non-operating or existed only on paper (shell firms), without any genuine business activity.

Reacting to the ED raids, the Sujana Group of Companies had said, "We have shared all information as sought by them. The businesses are being run lawfully and we condemn certain reports that lookout notices have been issued against some directors."