Modi accused the Congress of succumbing to pressure of middlemen to set aside the recommendations of Swaminathan Commission. 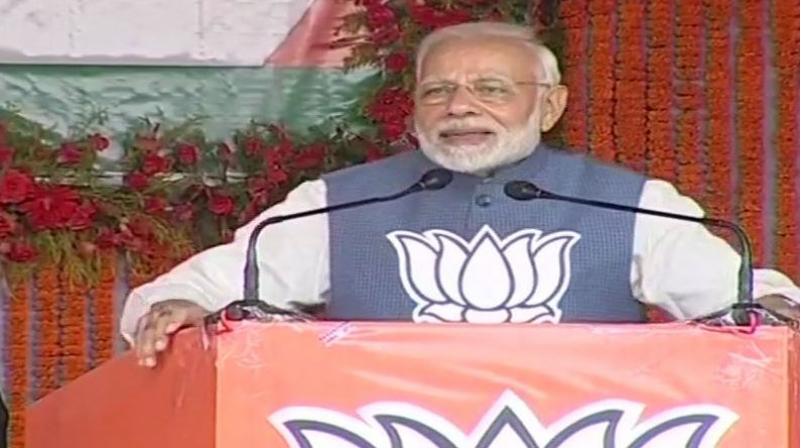 Winding up his campaign for BJP for poll-bound Madhya Pradesh in district headquarters town of Jabalpur, Mr Modi said the Swaminathan Commission submitted its report recommending revision of minimum support prices (MSPs) of various crops by one and half times to the then UPA government at the Centre in 2007. But, the Manmohan Singh-headed government at the Centre had then sat on the report without bothering to implement it.

“Had the recommendations been implemented in 2007, the agrarian crisis in the country would have been resolved by now”, he added.

He accused the Congress of succumbing to pressure of middlemen to set aside the recommendations of Swaminathan Commission.

“Congress’s policies have led the farmers into debt trap triggering the agrarian crisis in the country,” he added.