Chaiwala, panwala in race for UP civic polls

Inspired by PM Modi, Shafat Hussain, a ‘chaiwala’ is contesting from the Asharfabad ward on a Samajwadi ticket. 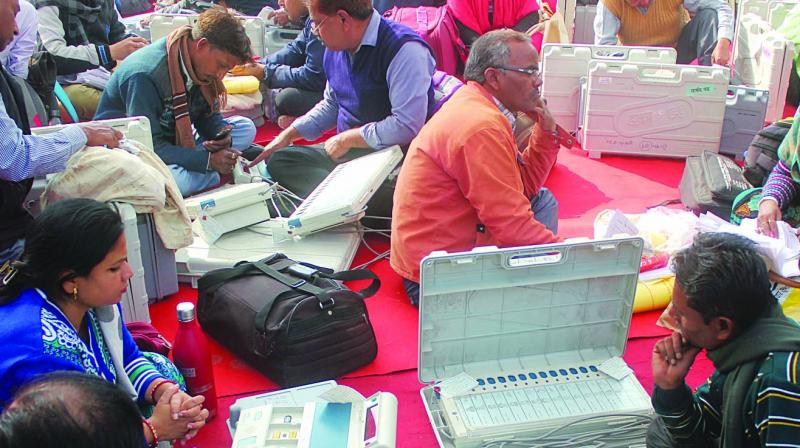 Lucknow: The municipal elections in Lucknow have people from all walks of life trying their luck as corporators. These candidates, some of them contesting as independents, are projecting their ‘non-political background’ to advantage and promising people to give them a chance.

Virendra Gupta is a contestant in the Maithli Sharan Ward and is a paan seller by profession. Gupta is contesting on the AAP ticket and has a trained team that performs street plays for him.

Manmohan Singh ‘Monu’ is famous for selling delicious ‘bhature’ in his colony. His wife Khushdeep Kaur is contesting as an independent from Hind Nagar ward and he is using his own popularity to garner votes for her. Even while he sits in his modest shop, he campaigns for his wife.

Dr Deepak Dikshit, a pathologist by profession, is another independent candidate and claims that the overflowing drains in his locality have forced him to contest. “I have lost faith in political leaders”, he said.

Another such candidate is Rubina Rehman, a fashion designer by profession. She is contesting for Congress ticket from the Aishbagh ward and is banking on her popularity among her customers.

Inspired by PM Modi, Shafat Hussain, a ‘chaiwala’ is contesting from the Asharfabad ward on a Samajwadi ticket.

Kamran Beg, a SP candidate from Nazarbagh ward, has helped several farmers to improve their produce. Beg teaches farmers techniques of crop cultivation, saving their yield from insects and other intricacies of agriculture. He says that he has learnt the nuances of farming from his father who was a professional agriculture trainer and people come to him from various districts for advice.