The vigilance inquiry will be conducted by Gyaneshwar Singh, the NCB deputy director general (DDG) of northern region 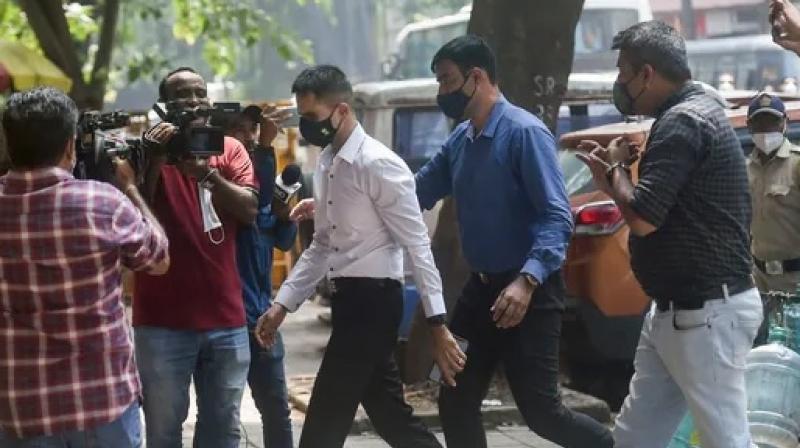 New Delhi: The Narcotics Control Bureau (NCB) has ordered a vigilance inquiry into the claims made by a witness in the cruise drugs case of an extortion bid of Rs 25 crore by some agency officials, including its Mumbai zonal director Sameer Wankhede, and others for letting off accused Aryan Khan, son of actor Shah Rukh Khan.

The vigilance inquiry will be conducted by Gyaneshwar Singh, the NCB deputy director general (DDG) of northern region based at its headquarters here. Singh is also the chief vigilance officer (CVO) of the federal anti-narcotics agency.

Wankhede landed in the national capital late on Monday night. He told reporters outside the Indira Gandhi International (IGI) Airport that he has come to Delhi for "some work" and has "not been summoned".

Dismissing all allegations against him as "baseless", he said he conducted a fair probe in the cruise drugs case and that he stands by it 100 per cent.

Prabhakar Sail, an independent witness in the cruise drugs case, had on Sunday claimed in an affidavit and in subsequent interactions with reporters in Mumbai that Rs 25 crore was demanded by an NCB official and some other people linked to the case to let off Aryan from this investigation.

Sail said he was the bodyguard of another witness in this case, K P Gosavi, who is absconding after the NCB raids, which were conducted on October 3 at the cruise terminal on Mumbai's coast leading to the arrest of as many as 20 people, including Aryan.

Sail also claimed that he saw Gosavi meeting Shah Rukh's manager and that he was asked to sign "9-10 blank pages" in the presence of Wankhede after the cruise raids.

"We have received the affidavit and a report from our DDG (south-west region) based in Mumbai and the NCB director general has taken cognisance of this report. He has marked it to the vigilance section for inquiry.

"We are a professional organisation and we are open for inquiry against any allegation against our staffers. The inquiry will be transparent and fair," Gyaneshwar Singh told PTI.

Asked if Wankhede will continue to probe the cruise case till this inquiry goes on, Singh said the question was "premature and we will take a call as the inquiry progresses and evidences are gathered".

Officials said the NCB inquiry will look at all aspects of the claims made by Sail and will also record the version of Wankhede, an Indian Revenue Service (IRS) officer of 2008 batch Customs cadre, and other officers of the Mumbai zonal unit involved in this drugs bust case.

The inquiry team may also question Sail, they said.

A three-member team led by Singh may travel to Mumbai for "recording the evidence and taking submissions" in this case.

The report of the inquiry will be submitted to the NCB DG and based on the findings, he may take the next course of action.

Wankhede has constantly denied the allegations being made against him in this case.

After landing at the IGI airport here, Wankhede told media persons, "I am ready to face any inquiry... all allegations (against me) are baseless."

He said he is "absolutely" sure that he conducted a fair probe in the cruise drugs case and that he stands by it 100 per cent.

The officer on Sunday also wrote to Mumbai Police commissioner Hemant Nagrale, seeking protection from likely legal action "being planned" against him by unknown persons to falsely frame him concerning an alleged vigilance-related issue.