Dr Rao, head of PTCTU, said during this phase the age limit and eligibility/ screening criteria would be relaxed 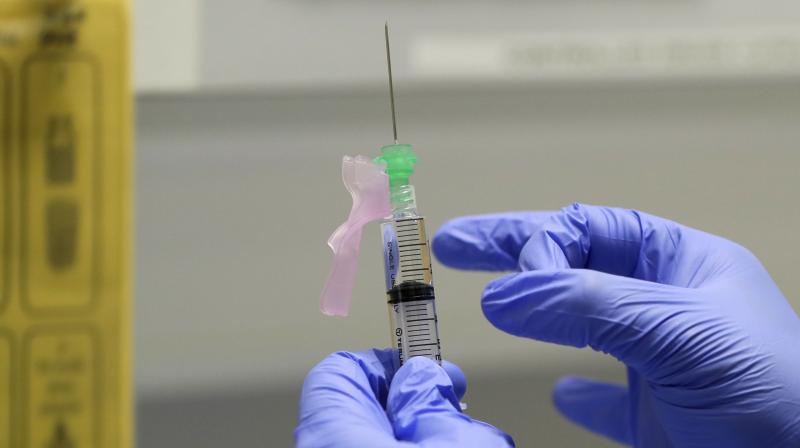 Like the previous phases, half of the volunteers would receive placebo and the remaining half would be administered COVAXIN in this phase.(Representational Image:AP)

Bhubaneswar: The third phase of the human trial of the indigenous vaccine against COVID-19, COVAXIN, will commence at a private hospital in Bhubaneswar soon, an official said.

The search for a suitable vaccine for COVID-19 has almost come to the final stage, Dr E Venkata Rao, Principal Investigator in the COVAXIN human trial and Professor in the department of Community Medicine at the Institute of Medical Sciences and SUM Hospital in Bhubaneswar said on Sunday.

IMS and SUM Hospital is among the 21 medical institutes selected across the country by the Indian Council for Medical Research (ICMR) where the third phase trial would be conducted.

The indigenous vaccine, being developed by ICMR and Bharat Biotech has received the approval of the Central Drugs Standard Control Organisation (CDSCO) for initiating the third phase trial. After completion of the first and second phase of the trial with demonstrable safety profile and immunogenicity, the large-scale efficacy trial involving thousands of volunteers has been planned now, Dr Rao said.

Dr Rao, who is the head of the Preventive and Therapeutic Clinical Trial Unit (PTCTU), said during this phase the age limit and eligibility/ screening criteria would be relaxed and several volunteers who are otherwise apparently healthy would be recruited for the trial.

Like the previous phases, half of the volunteers would receive placebo and the remaining half would be administered COVAXIN in this phase. Even health care workers would be recruited for the trial. The volunteers would be followed up over a considerable period of time to look at the efficacy of the vaccine in preventing the development of the Corona disease, he said.

Rao said there had been a huge response and enthusiasm among people who had offered themselves to be volunteers for the trial. He said persons above 18 years will be taken for the human trial.

The interested volunteers for the project could enroll themselves for the trial by registering online at www.ptctu.soa.ac under the section register for clinical trials, he said.