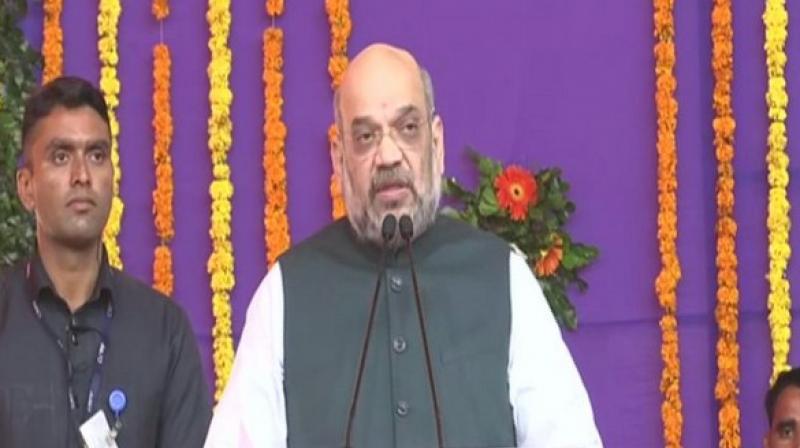 "During Congress time, Mauni Baba (Manmohan Singh) was our prime minister. That time terrorists used to enter the country and kill our soldiers. After Pulwama attack, Narendra Modi took action in 10 days by doing strike on terrorists based in Pakistan. He ensured that the country is safe," he said at an event here.

On February 26 this year, IAF fighters flew deep into Pakistan to bomb the JeM facility at Balakot in Khyber Pakhtunkhwa province.

The action came after the February 14 suicide bombing in Jammu and Kashmir's Pulwama, which killed over 40 CRPF personnel.

Highlighting several 'positive' changes in the country, Shah that the BJP-led government abolished Article 370 which opened the doors of development for Jammu and Kashmir.

"We made positive changes in many parts of the country. We abolished article 370 and 35 A and made Kashmir part of India. Doors for development in Kashmir has now opened," he said.

"Congress MPs in Parliament said blood rivers will flow in Kashmir as this Article (370) was abolished but nothing happened. Without firing any bullet there is peace in Kashmir. No bullet has been fired till now," the Home Minister added.

In August this year, the Central government revoked Article 370 which gave special provisions to Jammu and Kashmir and also bifurcated the state into two union territories.