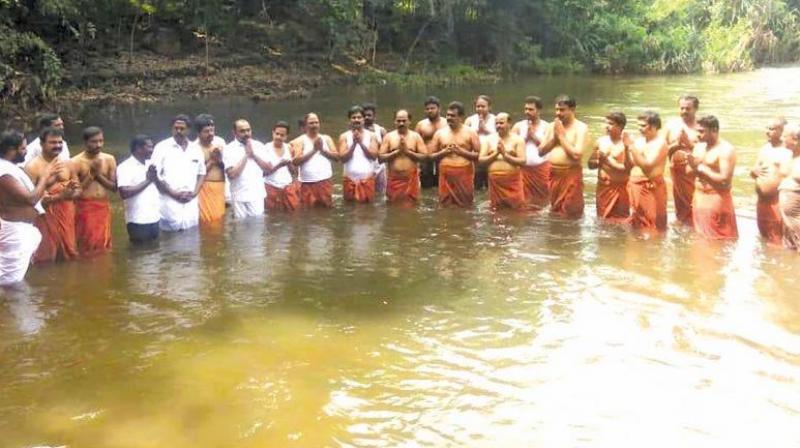 The 18 dissident AIADMK MLAs, were disqualified by Speaker P Dhanapal on September 18, 2017, under the anti-defection law after they met the Governor and expressed loss of confidence in Chief Minister K Palanisamy. (Photo: DC)

Thanga Tamilselvan, one of the disqualified MLAs and a staunch supporter of sidelined AIADMK leader TTV Dhinakaran, said the decision was "unanimous" and accepted with "joy" by all the 18 MLAs.

The decision was taken after a discussion between the disqualified legislators and Dhinakaran here.

"It has been decided that we will go in for an appeal to show to the world that what the Speaker has done is a mistake. We are going to appeal in the Supreme Court," he told reporters.

The Madras High Court Thursday upheld the June 14 order of the then Chief Justice disqualifying 18 rebel AIADMK legislators, in a huge relief to the K Palaniswami government.

The 18 disqualified MLAs are loyalists of Dhinakaran, who now heads the AMMK, and deposed AIADMK leader V K Sasikala.