India   All India  26 Sep 2019  Couple from Mathura set car ablaze, fire shots in the air to ‘announce their marriage’
India, All India

Couple from Mathura set car ablaze, fire shots in the air to ‘announce their marriage’ 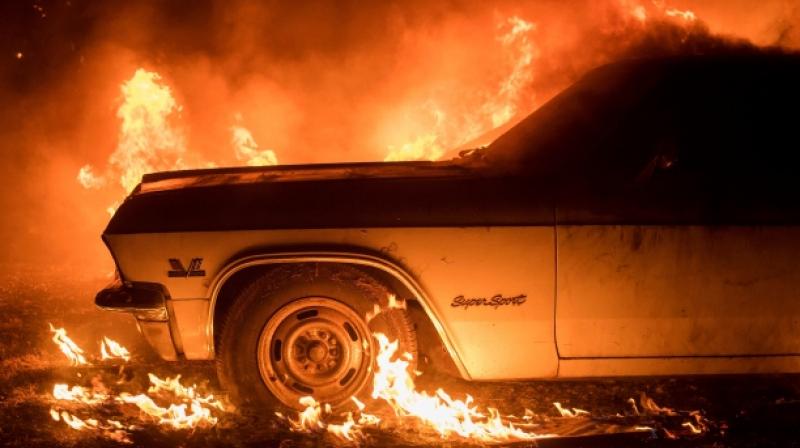 The accused, Shubham Choudhary and Anjula Sharma, were reported to have revealed to the police that their intention was to grab eyeballs to announce their marriage. (Photo: AP | Representative)

Lucknow: In a bizarre turn of events the evening of Wednesday in Mathura saw a couple setting a car ablaze and gunshots fired in the air outside a police post near SSP Mathura office, creating ruckus and bringing traffic to a halt.

The accused, Shubham Choudhary and Anjula Sharma, were reported to have revealed to the police that their intention was to grab eyeballs to announce their marriage, News18 reported. Choudhary was to marry someone else later this year. The wedding was, however, called off after everyone came to know of his relation with Sharma. The two have been booked under various sections of the Indian Penal Code.

The police officials said that Choudhary had informed his mother and several media persons before setting the car ablaze and firing shots from an illegal firearm. The couple then went on to create ruckus and started a rant against the state and central governments. According to several reports, the man also set fire to a copy of the Constitution and an IPC book.

During all this, the woman was continuously loading the firearm and handing it over to Choudhary who would fire the shots. After about an hour, a few lawyers present at the spot managed to convince Choudhary to calm down and eventually handed him over to the police. Details of the incident are still emerging.

“It seems that Shubham’s mental condition is not sound. His mother revealed that many people had taken money from Shubham and they were not returning it to him, which has caused Shubham to go into depression. Appropriate action will be taken after a proper investigation in the case,” SSP Mathura Shalabh Mathur told reporters.