Except Puttusamy, eight of the accused appeared in the court on Tuesday. 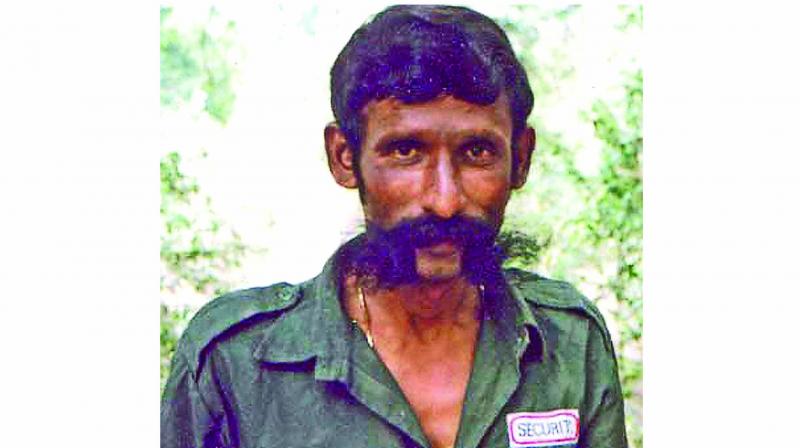 Erode: Eighteen years after late Kannada superstar Rajkumar was kidnapped by slain forest brigand Veerappan, his nine associates involved in the abduction were acquitted by the additional sessions court in Gobichettipalayam in Tamil Nadu.

The Kannada matinee star, Rajkumar, was kidnapped in the year 2000 by Veerappan along with his associates when the actor was staying at his farmhouse in Thoddagajanur near Thalavadi. He was released after 108 days of captivity. The Thalavadi police booked cases against 14 persons, including Veerappan and his accomplices.

The trial was being conducted at the third additional Sessions Court at Gobichettipalayam for the past 18 years. Police submitted a charge sheet against the accused in the year 2007 under various sections of IPC. As many as 47 witnesses testified in court in connection with the incident.

The remaining nine accused — Govindaraj, 46, Andril, 45, Pasuvanna, 57, Puttusamy, 53, Kalmandiraman, 52, Maran, 48, Selvam, 43, Amirthalingam, 44, and Nagaraj, 47, — have been appearing regularly before the court in the case. As many as 10 judges have heard this case over the years and the judgment was reserved on September 17 by judge Mani. He had ordered all the accused to appear before the court on September 25.

Except Puttusamy, eight of the accused appeared in the court on Tuesday. While delivering his judgment, the judge acquitted all the nine accused from the case. The judge noted that adequate proof had not been submitted in the case. “Besides, no proof was submitted to assert the connection between the accused and Veerappan,” he observed.