Uttar Pradesh transport minister Ashok Kataria announced an ex gratia of Rs 5 lakh to families of those killed and Rs 2.5 lakh to injured 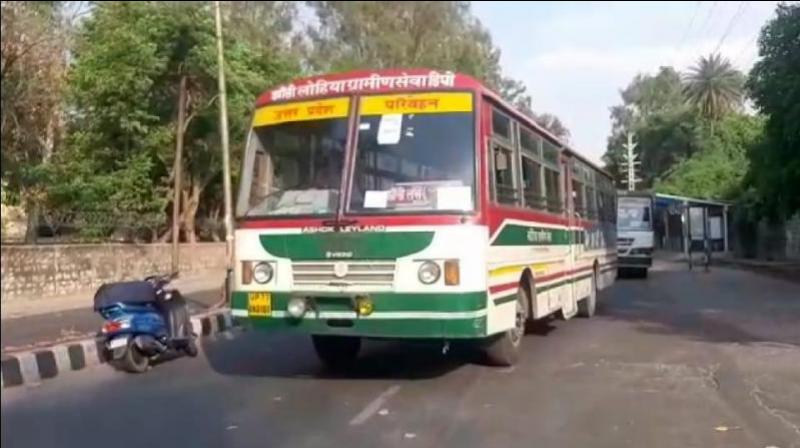 Six people were killed and five others injured in a collision between two Uttar Pradesh state buses. (Representative Image)

Lucknow: Six people were killed and five others injured in a collision between two Uttar Pradesh state buses on the outskirts of Lucknow on Wednesday morning, prompting the state government to order a probe into the accident.

The collision took place at about 6.45 am when a UPSRTC bus collided with another while trying to overtake it on the Lucknow-Hardoi road under the Kakori police station area, about 22 kilometres, a senior official said.

Uttar Pradesh transport minister Ashok Kataria has ordered a probe into the incident.
"Five persons onboard bus and a woman on a two-wheeler were killed while five others were injured in the mishap," a UPSRTC statement said.

Kakori ACP SM Kasim Abdi had earlier said that six persons were killed and eight injured in the mishap. According to KGMU officials, the condition of five injured was stated to be stable, while the other six were brought dead to the Trauma centre.

On directive of the transport minister, UPSRTC managing director has ordered a probe into the incident by a three-member committee and sought its submit report within 24 hours, the UPSRTC statement said.

Kataria also announced an ex gratia of Rs 5 lakh to the kin of those killed in the accident and Rs 2.5 lakh to those injured for treatment, it added.

Chief Minister Yogi Adityanath has condoled the deaths and directed officials to ensure the best possible treatment to the injured.