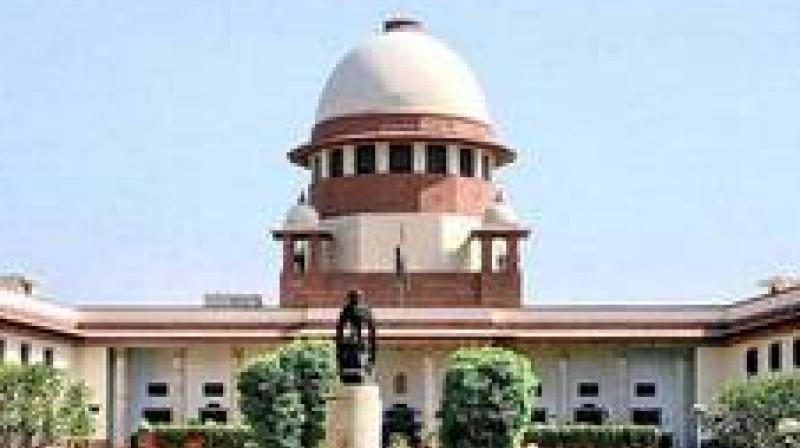 New Delhi: The Supreme Court on Wednesday took note of the Centre's alleged inaction and asked it to clarify its stand within a week on the waiver of interest on interest for deferred payments of instalments for loans during the moratorium period announced due to the coronavirus lockdown.

A bench headed by Justice Ashok Bhushan said the Centre had not made its stand clear on the issue despite the fact that ample powers were available with it under the Disaster Management Act and was "hiding behind the RBI".

The apex court granted time to the government after Solicitor General Tushar Mehta sought a week's time to file a response.

"My Lordships may not say that. We are working in coordination with RBI," Mehta said.

The bench, also comprising Justices R Subhash Reddy and Justice M R Shah, asked the solicitor general to clarify stand on the Disaster Management Act and whether additional interest on existing interest could be accrued.

Mehta argued that there cannot be a common solution for all the problems.

Senior advocate Kapil Sibal, appearing for the petitioner, informed the bench that the loan moratorium's deadline would end on August 31 and sought its extension.

"I am only saying that till these pleas are decided, the extension should not end," Sibal said.

The apex court has now posted the matter for hearing on September 1.

The top court had earlier said there was "no merit in charging interest on interest" for deferred loan payment installments during the moratorium period announced in wake of the COVID-19 pandemic.

The bench was hearing a plea filed by Agra resident Gajendra Sharma, who has sought a direction to declare the portion of the RBI's March 27 notification "as ultra vires to the extent it charges interest on the loan amount during the moratorium period, which create hardship to the petitioner being borrower and creates hindrance and obstruction in 'right to life' guaranteed by Article 21 of the Constitution of India".

Sharma has also sought a direction to the government and the Reserve Bank of India (RBI) to provide relief in repayment of loan by not charging interest during the moratorium period.

On June 4, the top court had sought the Finance Ministry's reply on the waiver of interest on loans during the moratorium period after the RBI said it would not be prudent to go for a forced waiver of interest risking financial viability of the banks.

The top court had said there were two aspects under consideration in this matter - no interest payment on loans during the moratorium period and no interest to be charged on interest.

It said these were challenging times and it was a serious issue as on one hand, moratorium was granted and on the other, interest was charged on loans.