JeM had orchestrated the Pulwama terror attack in which 42 CRPF jawans were killed in February this year. 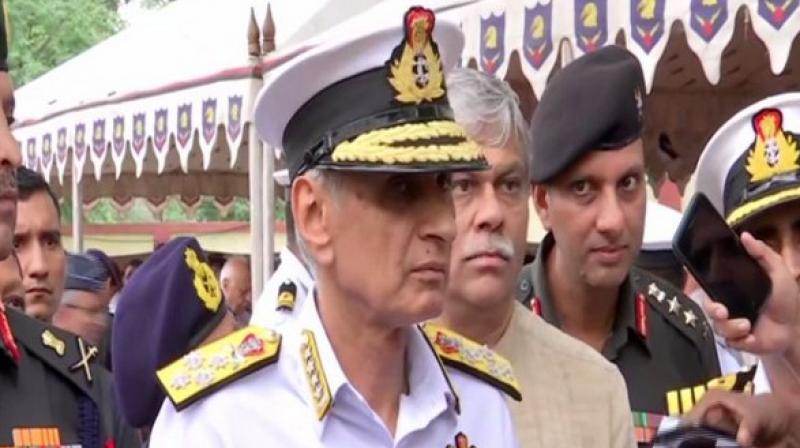 "After the 26/11 attack in 2008, we set up coastal security. It is doing very well. As the Navy is overall in-charge of maritime security including coastal security along with coast guard, the marine police and other stakeholders, we are ensuring that there is no intrusion from the seas," he told reporters here.

"We have received intelligence that the underwater wing of Jaish-e-Mohammed is being trained for attacks. We are keeping a track of it and we assure you that we are fully alert to foil any of their designs" Singh added.

JeM had orchestrated the Pulwama terror attack in which 42 CRPF jawans were killed in February this year.

Singh said that the Navy is observing Chinese movement in the Indian Ocean Region (IOR).