India   All India  26 Jul 2019  Can be taken as a 'compliment': NCP leader on Azam Khan's sexist remark
India, All India

Can be taken as a 'compliment': NCP leader on Azam Khan's sexist remark

Majeed Memon went on to say that Azam Khan's remark should be 'appreciated'. 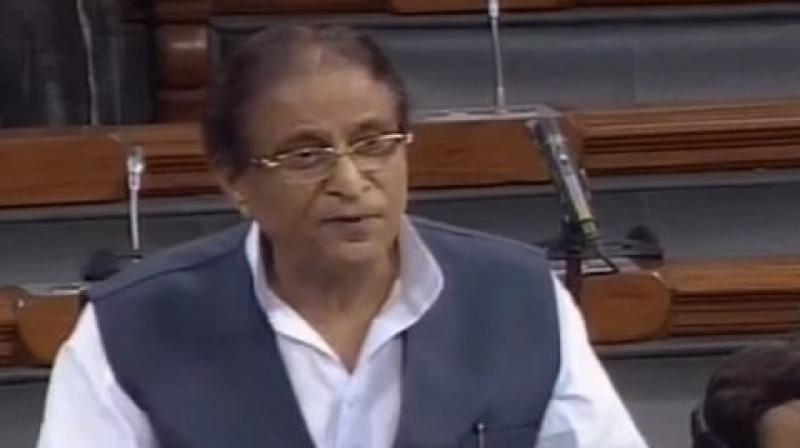 The Rampur lawmaker, in his defence, had said Rama Devi was like a sister to him. (Photo: File)

Azam Khan had on Thursday stoked controversy in Lok Sabha with his remarks against Rama Devi, who was presiding over the House at the time, following which BJP members sought an apology from him.

However, the NCP leader opined that there is no need to make an issue out of it.

Speaking to ANI, Majeed Memon said, "What he (Azam Khan) said does not seem to be offensive. He did not say meaning to disrespect the honourable chairperson. I don't think Azam Khan would do such a stupid thing. I don't think an issue is to be made out of this."

"But then the BJP takes everything that Azam Khan does with a pinch of salt," he asserted.

Majeed Memon went on to say that Azam Khan's remark should be "appreciated."

"There is nothing offensive in what he said. On the contrary, it may be taken as a complimentary comment for which there should be appreciation," he said.

During the Triple Talaq Bill debate in the Lower House, Rama Devi had asked Azam Khan to speak looking at the Chair and address the House through the presiding officer.

Azam Khan, however, made remarks that were perceived to be sexist by the treasury benches and they strongly objected.

The Rampur lawmaker, in his defence, had said Rama Devi was like a sister to him.

Azam Khan did not apologise for his remark but said he will resign if he had said anything unparliamentary. He also staged a walkout along with his party chief Akhilesh Yadav, who defended his remarks.