The day marks the victory of Indian forces over Pakistan in the hills of Kargil and the success of India's Operation Vijay in 1999. 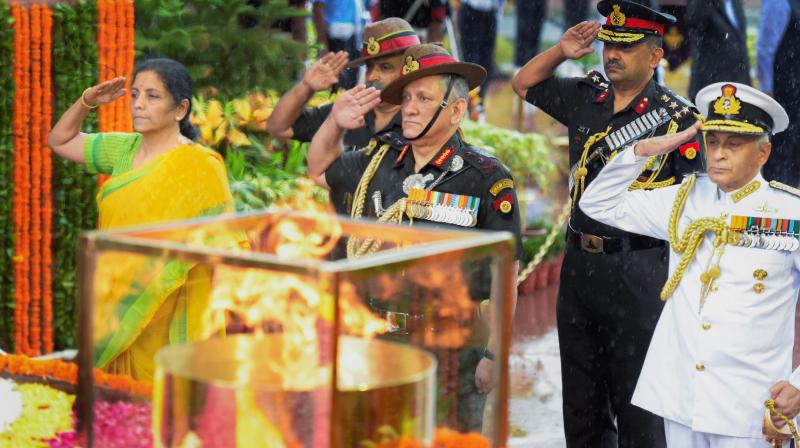 "We salute all the brave hearts who proudly protect the nation," the defence minister said.

The day marks the victory of Indian forces over Pakistan in the hills of Kargil and the success of India's Operation Vijay in 1999.

The Kargil Vijay Diwas is celebrated every year for three days till 26th July to commemorate India's emphatic victory against Pakistan.

The three-day celebrations began on Tuesday at the Drass War Memorial in Kargil town in Jammu and Kashmir. On the first day, tributes were paid to the war heroes by laying a wreath at the memorial.

On Wednesday, war veterans and serving heroes shared their experiences at a function. There was also a briefing on Operation Vijay battles held. 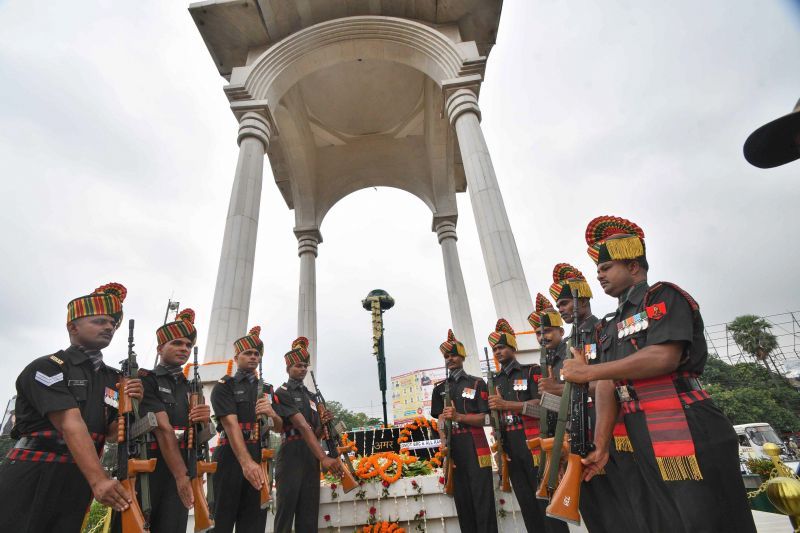 "On Kargil Vijay Diwas, every Indian acknowledges the efforts and gallantry of our Armed Forces. We salute the ultimate sacrifice of the martyrs of Kargil, and record our everlasting debt to their families," President Kovind said.

Prime Minister Modi said a grateful nation pays homage to all those who served the nation during Operation Vijay and remembered former prime minister Atal Behari Vajpayee for the leadership provided by him during the operation.

"Our brave soldiers ensured that India remains protected and gave a befitting answer to those who tried to vitiate the atmosphere of peace. India will always remember with pride, the outstanding political leadership provided by Atal Ji during Operation Vijay. He led from the front, supported our armed forces and clearly articulated India's stand at the world stage," he said on Twitter.

Vice President Naidu said he saluted the valour, courage and sacrifice of the brave jawans that resulted in a "spectacular victory for our country in the Kargil War in 1999".