Children are ‘prasad’, every Hindu should have 5: UP BJP MLA does it again

BJP's controversial UP MLA Surendra Singh said, 'Hindus should have 5 children. Two for man, 2 for the woman and one surplus.' 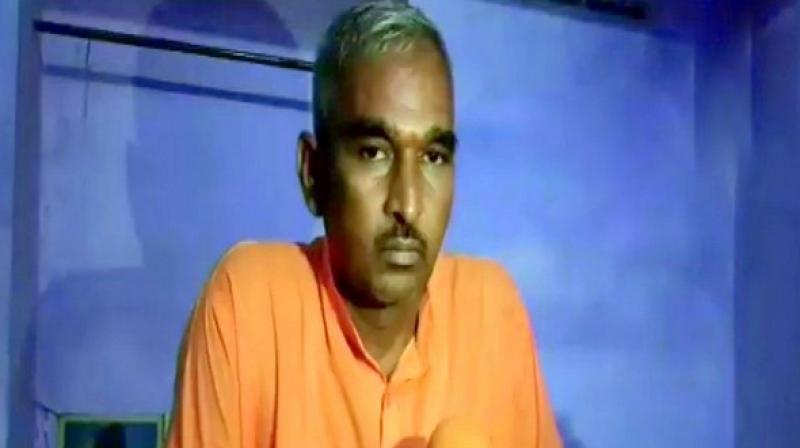 UP BJP MLA Surendra Singh said Hindus will become a minority if there is 'no balance' in population control. (Photo: ANI)

Ballia: A child is a gift from God and every Hindu should have at least five, two for the man, two for the woman and one surplus, BJP's controversial Uttar Pradesh MLA Surendra Singh has said.

Hindus will become a minority if there is "no balance" in population control, the legislator from Bairia, who earlier in July said rape cannot be curbed even if Lord Ram descends on earth, told reporters on Wednesday night.

"Hindus should have at least five children. Two for the man, two for the woman and one surplus. Giving birth to a child is 'prasad' (gift) from God. India can become strong, when Hindus are strong. When Hindu is weak, India is weak...," Singh said.

According to him, the Hindu community should be concerned that they will become a minority if there is "no balance in population control" and have more children. "Hindus will be a minority, not due to terrorists but due to themselves," he said. Singh's statements have often put the state's ruling BJP in an embarrassing spot.

After the Kairana Lok Sabha and Noorpur assembly bypolls earlier this year, he blamed ministers in the Yogi Adityanath government for the party's humiliating defeat in both places. "The BJP government has not been able to give a transparent government," the MLA had said.

He had also endorsed the view of senior JD(U) leader K C Tyagi that the rising prices of petrol and diesel were responsible for the BJP's defeat in the by-elections.

Before that, Singh had said the 2019 Lok Sabha elections would be an "Islam vs Bhagwan" battle.