In 2013, the ICJ had taken up the matter of impeachment of former Chief Justice Shirani Bandaranayake with the Sri Lankan government. 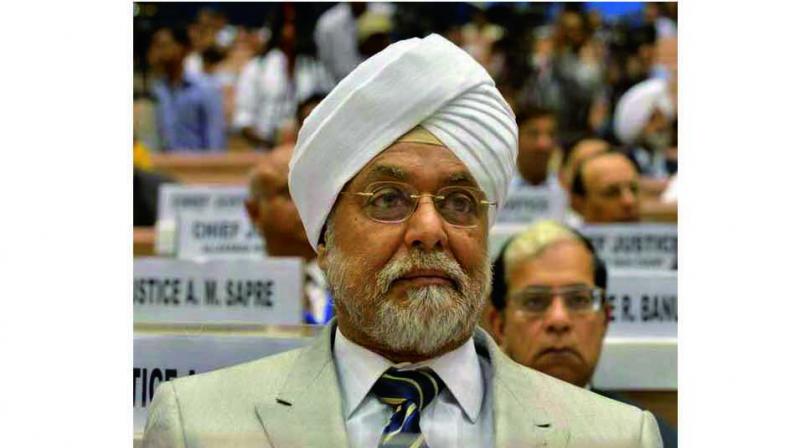 New Delhi: The International Council of Jurists (ICJ) has urged Chief Justice of India (CJI) J.S. Khehar to set up a committee to probe into the allegations of irregularities against a senior sitting apex court Judge.

In a petition submitted to the CJI, ICJ president Dr Adish C. Aggarwala said normally, the council never looked into matters relating to the working, appointment and removal of judges, and only involved itself in the rarest of rare cases.

In 2013, the ICJ had taken up the matter of impeachment of former Chief Justice Shirani Bandaranayake with the Sri Lankan government.

The ICJ prodded the CJI to appoint an in-house committee consisting of Judges of the Supreme Court to look into the allegations against the senior Judge and ensure transparency in the judiciary.

The committtee had informed the CJI that it could not continue an enquiry that involved a sitting Supreme Court Judge. In this context, the ICJ “is seeking your Lordship‘s intervention”, the ICJ said. It urged the CJI to set up a committee to look into the matter to protect and safeguard the image of the judiciary.